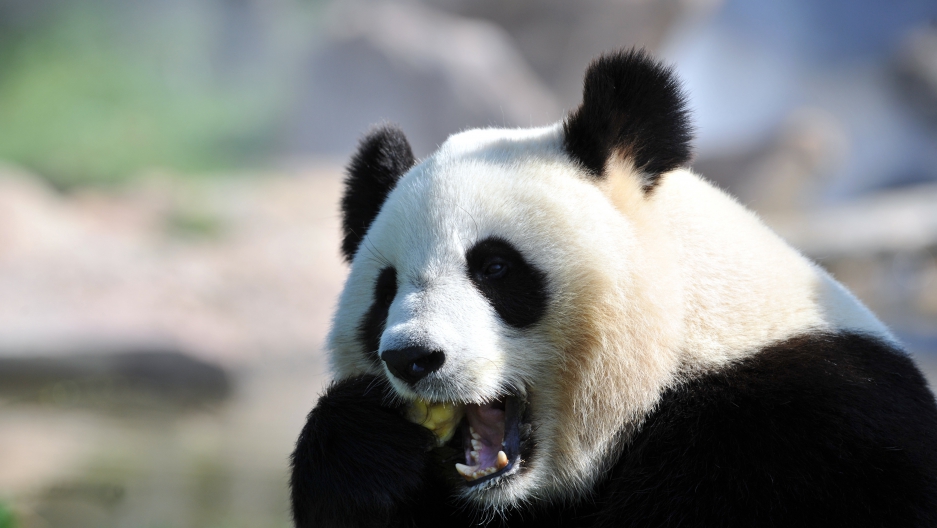 WASHINGTON — Last week an exuberant, and exhausted, team of caregivers and administrators announced the birth of a giant panda cub at the National Zoo. They had put in months of effort, and worked around the clock to ensure the expectant mother’s health.

Then, this weekend, a more somber announcement was made. The cub, just days old and yet unnamed, had died.

Dennis Kelly, director of the National Zoo called the loss “devastating.” The zoo has expended a great deal of resources on its panda program.

Giant pandas are a symbol for other endangered animals, but some conservationists fear that a focus on the much-adored bears detracts from efforts to support species that are more threatened, but less charismatic.

Giant pandas are notoriously difficult to breed in captivity.

This latest pregnancy created much excitement since Mei Xiang, the zoo’s female panda, was given only a 10 percent chance of conceiving after years of artificial inseminations and pseudopregnancies, meaning she ovulated but did not conceive.

Such efforts are not without a price tag. “Saving a species is expensive,” says Dennis Kelly, director of the National Zoo.

He estimates that a quarter million dollars a year is spent providing for the basic needs of Mei Xiang and her male counterpart, Tian Tian (photographed above). The zoo also doles out about a half million dollars to China as part of an agreement to keep the pandas, and another $200,000 to $400,000 on panda conservation efforts — a requirement to obtain a US import permit for the animals.

In large part due to these international obligations, giant pandas are thought to be the most expensive animals for zoos to house, running up a bill five times that of elephants — the second most costly creature to keep.

Despite this, the returns on pandas aren’t that great.

Zoo director Kelly knows this. In a previous post at Zoo Atlanta, he tracked figures to find that the four zoos that house pandas in the US paid a total of $33 million more than they took in from exhibiting over a three-year period. Donations brought the differential down, but the zoos still had to stomach a $4 million loss.

Pandas may not exactly be cash cows, but they do have a certain cache as “marquee” species. These are the sort of big mammals that draw people through zoo gates on a Saturday afternoon.

Pandas hold a coveted place among conservationists, too. With only about 1,600 of them left in the wild, plus a few hundred in zoos, pandas are endangered, and their population is only projected to decrease in the future.

The World Wildlife Fund has taken the panda as its emblem — making their black and white form synonymous with the notion of endangered species. The WWF chapter in the United Kingdom even has a “The Panda Made Me Do It” campaign for people to document their efforts to save the planet. Washington’s own cuddly-wuddlies appear on its Metro farecards as if to lure tourists off of the Mall and to the zoo.

Pierre Comizzoli, a reproductive physiologist at the National Zoo, says pandas are important because they’re umbrella species, and saving them will help keep many other animals alive, too. Not just that, but pandas are charismatic, and can help draw visitors’ attention to other animals in need.

More from GlobalPost: Brazil's growth has an endangered monkey on its back

“Saving amphibians can be not that exciting because they can be considered small and slimy,” Comizzoli says. But, he insists, “we have extensive programs in captive breeding.”

Indeed, the National Zoo is among a few around the world that boast extensive conservation lands, where critically endangered animals like Prezwalski's horse, can romp around freely.

Still, few zoos would live-tweet the insemination of a snake, and there certainly isn’t a 24-hour web cam dedicated to monitoring the movements of a salamander — but such publicity is pretty normal for pandas.

This lack of attention for the less coveted species can create problems when it comes to prioritizing which endangered animals to try and help save.

More from GlobalPost: Vietnamese are hooked on intoxicating rhino horns

So far, only a handful of pandas born in captivity have been released to nature.

The first Xiang Xiang, “lucky” in Chinese, was returned to protected land in China in 2006. When visited by a crew of caregivers and reporters, it was clear that the panda still craved human contact and was found dead less than a year later.

Many panda experts believe zoo-born pandas will not be able to survive in the wild. Lu Zhi, a panda expert from Beijing University, said the effort to reintroduce the animals is as "pointless as taking off the pants in order to fart.”

More from GlobalPost: The sad truth about China's "panda diplomacy"

Jonathan Baillie of the Zoological Society of London points to the problem of a “what can nature do for us” approach to conservation.

“This has made it increasingly difficult for conservationists to protect the most threatened species on the planet,” he said. “While the utilitarian value of nature is important, conservation goes beyond this. Do these species have a right to survive or do we have a right to drive them to extinction?”

Baillie’s organization, along with the International Union for Conservation of Nature, released their latest Red List of the 100 most threatened species on the planet with the title “Priceless or Worthless?” earlier this month.

This seems the very question that zoo directors must ask themselves as they take a bigger stake in conservation.