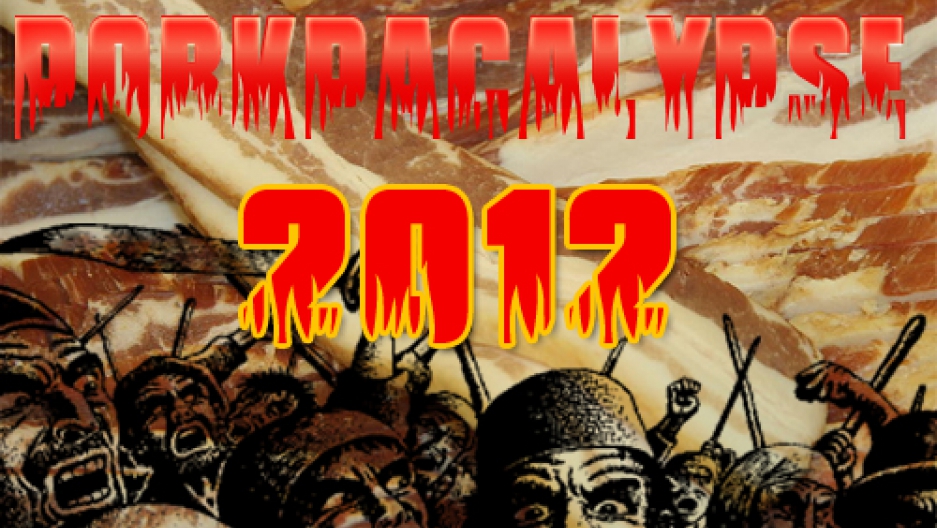 The UK's National Pig Association (delightful name) admitted to the public this week that a "shortage of pork and bacon next year is now unavoidable," and implored British supermarkets to pay farmers a fair price for swine regardless.

It's unavoidable, really. Drought in the USA and Europe pushed up the price of corn and soya beans, making it that much more expensive for farmers to fatten up their delicious, delicious swine, and prompting them to scale down their herds.

The NPA has started up the Save Our Bacon campaign, which seeks to encourage British consumers to buy local pork products instead of looking further afield.

The Los Angeles Times reports, meanwhile, that US pork supply has surged impressively last month, in a 31 percent increase to 580.8 million pounds. That's a lot of pig.

The Financial Times initially broke the sad news that the European Union - and further afield - can expect a rather dreary fall and winter season in the bacon department.

Will rioters take to the streets over a distinct lack of bacon in their lives? It's unlikely—but not impossible. Just look at recent riots in Iran over a sudden bump in chicken prices. People can get awfully possessive of their favored protein source.

If you're about to run to the store to stock up BEFORE IT'S TOO LATE, Chow.com reports that it's perfectly fine to freeze bacon.

Bacon has become a cultural meme in recent years, and the Internet, predictably, has exploded with reports of impending apocalypse linked to a sudden non-availability of pork products.

Drought has caused a GLOBAL BACON SHORTAGE. Ready to do something about global warming NOW? t.co/t2MM3LET

Excited that this global bacon shortage will force us to put other things in our cupcakes and ice creams: latimes.com/business/money…

Will there be a run on Bacon Bits and Baconaisse? Will the world be able to embrace a darker, less fatty future? Will we be reduced to staring at images of bacon on our lonely, flickering computer screens, instead of frying up the real McCoy?

Only the future knows.