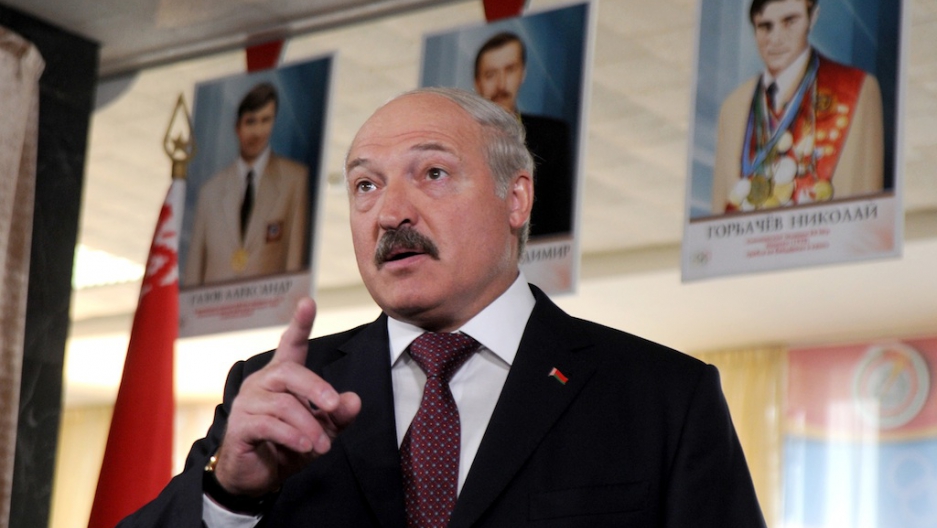 President of Belarus Alexander Lukashenko speaks to journalists after voting in Minsk on September 23, 2012. The ex-Soviet state holds parliamentary elections, two years after a presidential poll ended in the beating and arrest of hundreds of protesters who had accused Alexander Lukashenko of vote rigging.
Credit: Viktor Drachev
Share

Belarus opened the polls for its parliamentary election on Sunday, despite calls for a boycott from the country's two main opposition parties.

Two smaller opposition parties, Just World and the Belarusian Social Democratic Party, are still running for some of the parliament's 110 seats, though observers say they have been given little chance to campaign fairly.

According to opposition parties, their candidates were forbidden from using their television time and newspapers refused to publish their parties' programs, both of which are required by law, the Christian Science Monitor reported.

Many opposition leaders and activists have also been arrested or jailed since the country's 2010 presidential election, a landslide win for leader Alexander Lukashenko that caused mass protests and a subsequently brutal crackdown, according to the Associated Press.

"Belarus authorities did not take the opportunity for democratic reform, did not change the electoral laws, did not free political prisoners, did not let the opposition into voting committees, used force against the opposition, and censored candidates," Belarus National Front party leader Alexei Yanukevich said at a press conference Sunday.

Lukashenko, whose reign since 1994 has led him to be dubbed "Europe's last dictator," praised the "calm" elections Sunday.

"There is nothing to criticize so far," he told journalists as he cast his ballot in Minsk with his 7-year-old son Kolya by his side, Agence France Presse reported. "They should envy our boring elections. We don't need any revolutions or upheavals."

There was already a 26 percent voter turnout on Sunday according to official figures, which will allow Lukashenko to argue that the elections were a fair and democratic process, Reuters reported.

Western election observers have not deemed a Belarus election free and fair since 1995 when Lukashenko took power.

More from GlobalPost: EU pulls all diplomats from Belarus