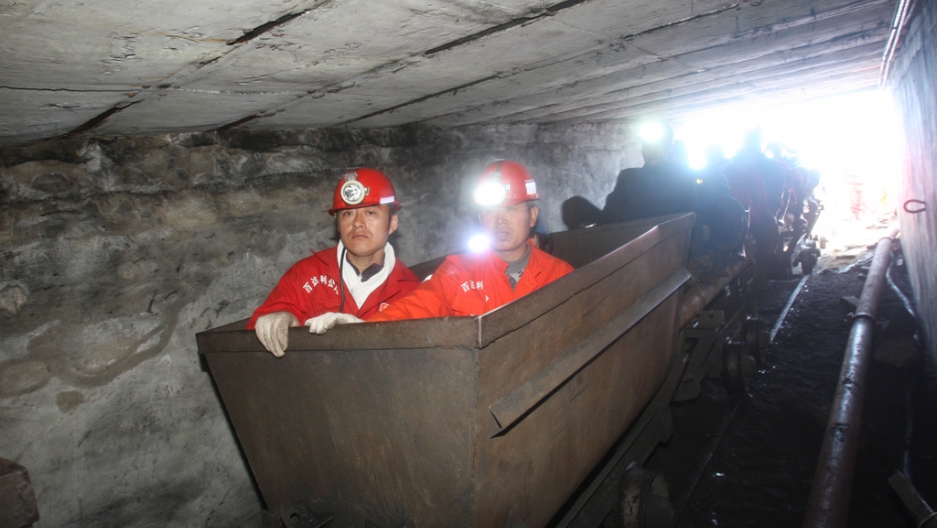 Fire at a mine in China’s northeast trapped 11 miners shortly after flooding caught six people unaware at another mine, according to the Xinhua news agency.

Both incidents happened in the province of Heilongjiang.

At the Longshan mine in Youyi County of Shuangyashan City, flooding occurred about 8 am and rescuers managed to free two people working underground.

According to Xinhua, the government suspended Longshan’s license on September 3 and the mine was operating illegally.

Flooding at the Jidong County mine happened Saturday.

China’s coal mines are the deadliest anywhere on earth, The Associated Press reported.

Despite measure to increase safety, accidents and fatalities are still common, the AP said.

More from GlobalPost: Scores dead, more trapped after coal mine blast in China

In late August, an explosion killed 19 and trapped 28 at Panzhihua City in the southwestern province of Sichuan.

Just this past week, Xinhua reported that China has merged many of its mining operations in the semi-autonomous region of Inner Mongolia.

The government has closed most 900 coal and 2,000 non-coal mines in a seven-year period.

The nation closed any mine that produces less than 300,000 tons annually.