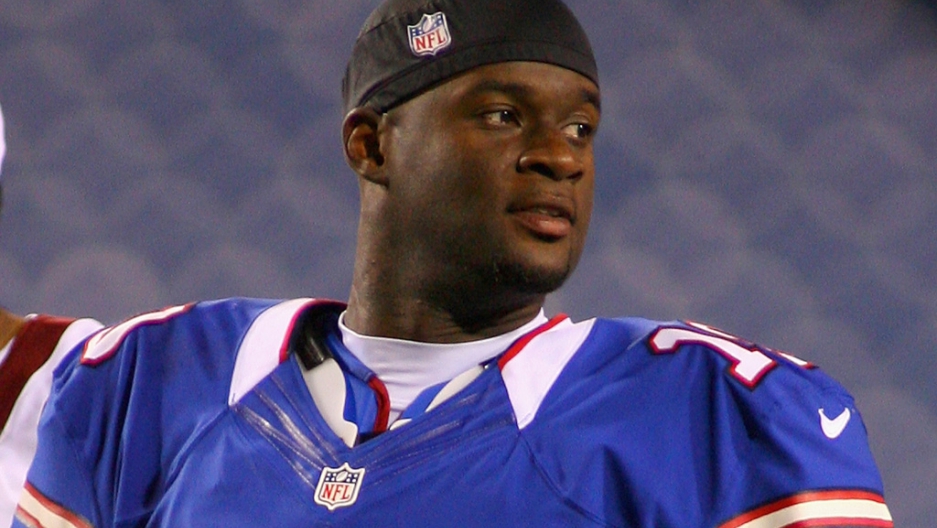 Failed NFL quarterback Vince Young’s fall from grace didn’t conclude when the Buffalo Bills cut him before the season began.

It’s on-going, with Young and his former agent and financial adviser suing each other over what can only be described as lost fortune and wasted talent.

According to the dirty details spilling out now through court records, the former Tennessee Titans’ top draft pick is nearly broke.

That’s right, the same man who was twice a Heisman Trophy finalist and a Rose Bowl MVP in college drafted third overall.

Young twice made the Pro Bowl.

He earned $26 million in guaranteed money from his rookie contract, and he needs a job.

The 29-year-old Houston native, quiet since the Bills said "no thanks" this summer, finally opened up to the fans.

It’s a shame to see people revel in and rally around negativity in the media but I guess it’s to be expected. Yes, I need a job, who doesn’t

His lawsuit says his former agent and a financial planner misappropriated $5.5 million by faking his signature.

But these rumors are disheartening & just untrue . I’ll keep pushing through regardless. God Bless. Trill

Their lawyers are countersuing, saying Young surrounded himself with the wrong kind of people, The Associated Press reported.

More from GlobalPost: What to watch for this NFL season

Those who knew him in Tennessee are also opening up, and we mean wide.

It wouldn’t be outrageous for Young to drop $5,000 at Cheesecake Factory in an average week during his 2006 rookie season.

He spent $6,000 in one sitting at TGIF for himself and teammates.

In 2007, he bought 120 of 130 seats on a Southwest Airlines flight between Houston and Nashville.

One woman on that flight said she didn't get a drink because the flight attendant was too busy taking photos with Young.

A radio listener named Brandon called the show and said he was a TGIF manager when Young lived in Nashville.

“I don’t know where that 26 million went, but I can guarantee you several, if not a few hundred, thousand dollars went to TGI Fridays,” the caller told 104.5 The Zone.

Callers to the Nashville sports radio show piled on during the broadcast with tales of drunken debauchery.

Patron tequila by the bottle and thousands on cheap food for himself and dozens of teammates, often much of it left sitting on tables.

The worst thing Vince Young wasted, though, was his own talent.

More from GlobalPost: NFL at higher risk of Alzheimer's disease