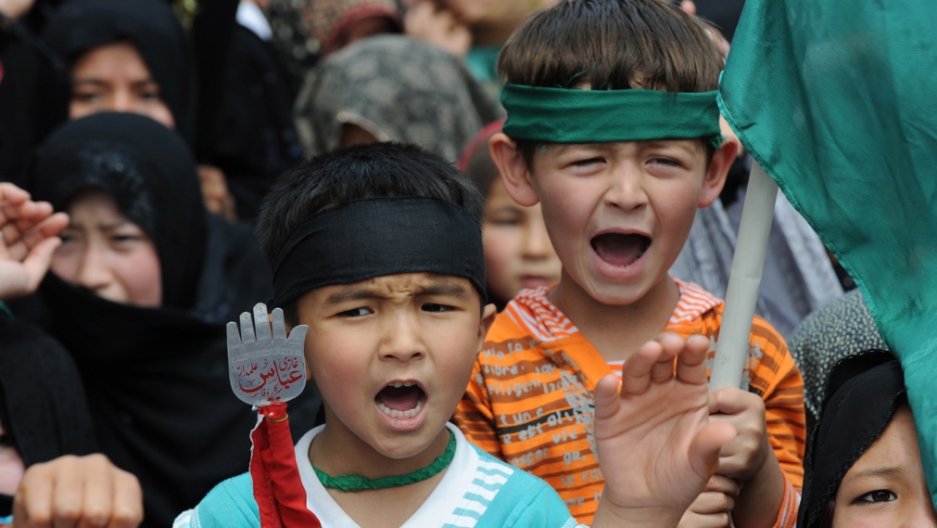 ISLAMABAD, Pakistan — Farzana Majeed Baloch, 27, has been going from pillar to post to get her missing brother back.

She went to the police, press clubs and the court. She held a hunger strike, called human rights organizations and even the federal interior ministry. But has heard nothing.

“No institution was ready to hear me. Even the Supreme Court failed,” she told GlobalPost.

A colleague of her brother’s told Farzana that he witnessed security forces at a checkpoint whisk her brother and another friend away in 2009. She believes her brother is now in a detention center in Quetta, the capital of Pakistan’s largest province, Balochistan.

Zakir Majeed Baloch is just one of many missing persons in Pakistan. Estimates range from less than 100 by Pakistani authorities to more than 14,000 by human rights groups. Many of them come from Balochistan.

The high number of missing persons in Balochistan is not a coincidence. In the province, support for rebels demanding independence has grown rapidly in recent years. Many there feel neglected by the Pakistani state. Their province is the most impoverished, while sitting on large reserves of minerals and gas. Gas from Balochistan is distributed throughout Pakistan. But many in Balochistan still lack a gas connection and other basic amenities.

Now Farzana and other families have pinned their hopes on a The United Nations Working Group on Enforced or Involuntary Disappearances. The UN Working Group concluded a 10-day visit on Thursday. Although it’s mandate is limited to making non-binding recommendations, Farzana hopes for more. “They can release our brother,” she said.

Many of the missing have turned up dead alongside roads or in deserted areas. Between July 2010 and May 2011, the Human Rights Commission of Pakistan compiled a list of 140 such instances. Among them dead were political activists, human rights defenders, lawyers and a poet.

All had signs of brutal torture — broken arms and legs, burn spots from electric shocks, holes drilled into their bodies, and gunshots to the head and heart, according to Naseerullah Baloch, chairman of Voice of Baloch Missing Persons, an organization by and for families of the disappeared.

In 2002, his uncle was one of the first Baloch to go missing.

“Every time we have information on new dead bodies the whole family rushes to the hospital to see if he is there,” he said. Two members of Naseerullah’s organization have turned up dead in recent years.

Those who are found alive often have severe psychological problems. Only few have ever dared to speak out and testify, Olivier de Frouville, chair of the UN Working Group, told a press conference today.

The separatist movement expanded to the mainstream when, in 2006, the army killed Nawab Akbar Bugti, a key tribal leader in the province and a former governor.

“Before the killing of Nawab Akbar Bugti, there was hardly any insurgency,” said Jan Assakzai, a Pakistani analyst. “It was limited to a few tribal elders, although there was low-key militancy. After Bugti’s killing, an insurgency has spread to the middle class and intellectuals.”

The all-powerful Pakistani army, paramilitary forces and their notorious intelligence agencies have hit back hard, although it has denied human rights abuses. Analysts say the Balochistan insurgency has rekindled the army’s fears of a repeat of 1971, when East Pakistan, now Bangladesh, split from West Pakistan.

Meanwhile, conspiracy theories blame India and the United States for fomenting the Balochistan insurgency. According to the theories, India wants to distract Pakistan’s army from its eastern frontier. The United States wants to counter China’s rising economy by blocking its potential access to the Arabian Sea through Pakistan — a dramatically shorter trade route to the West.

Farzana thinks her brother was picked up because he was the vice chairman of the Balochistan Student Organization Azad, a nationalist organization that fights for self-determination.

Government authorities told the UN Working Group that the missing persons probably disappeared to fight for the insurgence, or left their families for other reasons.

The UN Working Group says that so far no perpetrators have been prosecuted or convicted even in cases where there were witnesses, such as in the case of Farzana’s brother. But through court orders some missing persons have been released. Other cases of missing persons are still pending in court.

But many relatives have trouble even passing the first stage, filing a complaint with the police, Naseerullah said. Tariq Umar Khitab, inspector general for the Balochistan police, disagreed.

“There is nothing like that. If there is anybody who thinks that their [complaint] is not registered they should tell me,” he said.

The disappearances come at a huge cost for the families. Naseerullah’s family had to sell their house and shop to pay for lawyers that fought their case in court. Farzana has a Masters degree in biochemistry. But her brother’s disappearance squashed her hopes to continue for a PhD. She now needs all the time she has to find her brother.

“We are asking why are we facing these enforced disappearances,” she said.