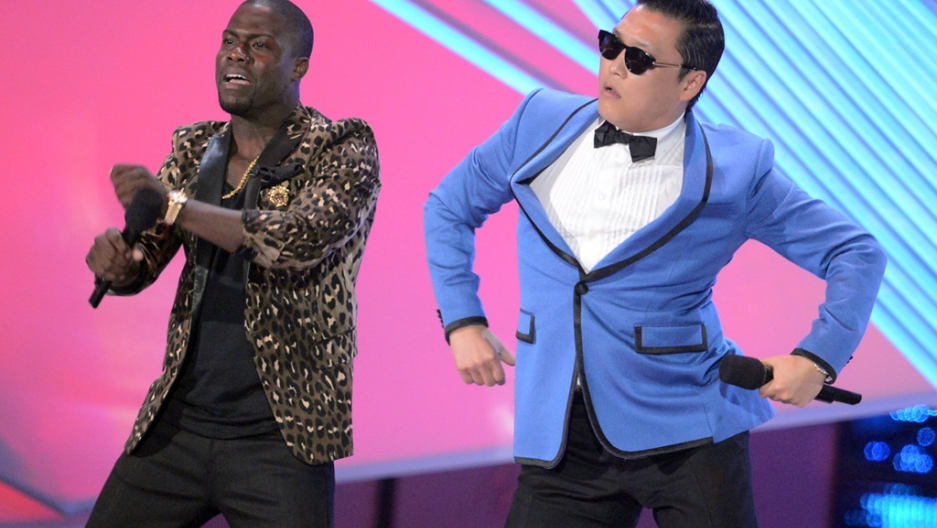 What do you get when you combine "Gangnam Style" and "West Side Story"? A dance-off that ends in a shoot out.

Rival gangs in Bangkok allegedly had a dance-off in a restaurant, before it escalated into a gun battle, according to the Guardian. It started when "the younger members of both groups danced provocatively at each other in the manner of top hit Gangnam Style," according to INN, but it evolved into an argument and eventually a shoot out, in which one of the gangs allegedly fired "at least 50 bullets from a carbine and an 11mm gun."

A witness told police, "Four people from the group returned at 6 a.m. and fired several shots into the sky. I tried to mediate and they agreed to leave ... Three of them later returned about 8 a.m. and they sprayed bullets in all directions like in action movies. I and other people there were running for our lives," according to The Bangkok Post.

Police Lt. Col. Apichart Thongchandee said no one was injured during the fight, although many vehicles parked on the road were damaged.

"We now know who all the attackers are. After questioning all the witnesses and inspecting the firearms, we will seek arrest warrants for them," he said.

The teenage gangs were from the Rong Poon community in Bangkok's Makkasan district, said Thongchandee, and had a history of confrontation.

The Guardian noted that the incident has reignited debate over gang violence in Thailand. According to a recent report by Agence France Presse, more than 1,000 cases of student rivalry were registered by the police this year, between January and July.

Meanwhile, the viral sensation that inspired the initial dance-off could be on its way to becoming the first Korean song to reach number one in the UK charts, the Guardian noted. The singer Psy, also known as Park Jae-Sang, has been making a host of appearances in Western media since his song became a hit.