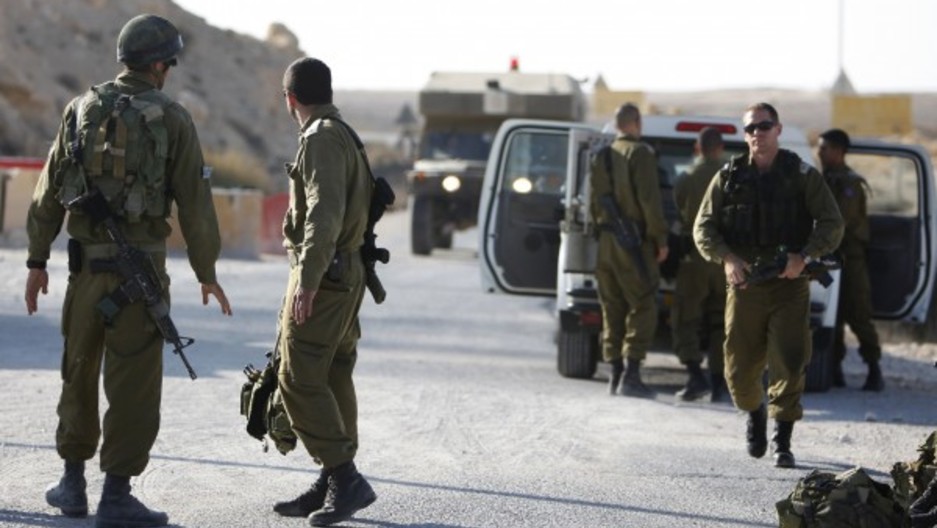 Israel soldiers are seen near a roadblock outside the Sagi Mount base near the Israeli-Egypt border September 21, 2012.
Three armed militants crossed into Israel from Egypt on Friday, killing an Israeli soldier before themselves coming under fire and dying, the army said.

Share
Israeli troops shot dead three heavily-armed gunmen who had crossed the Egyptian border and ambushed troops. One Israeli soldier was also killed in the clash. Anchor Lisa Mullins gets the latest from The World's Matthew Bell in Jerusalem.