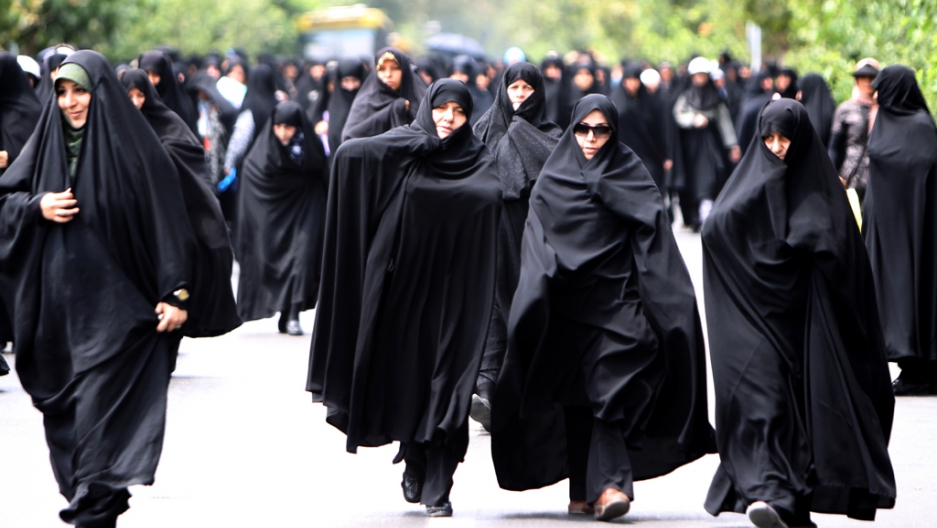 Uninvited wardrobe advice is never a good idea. Unfortunately for Iranians, though, it's pretty much a given, since the Islamic Republic has strict dress codes on everything from jeans to high heels and necklaces to haircuts.

Women have it worst: they are obliged by law to cover their body and hair in public, and risk a public reprimanding by morality police if they're judged to be immodestly dressed.

Recently, one Iranian woman got fed up of being told what to wear. Really, really fed up.

According to a report by the semi-official Mehr News Agency, the unnamed woman beat a cleric so badly that he needed hospital treatment after he told her to cover up.

CNN's translation says that the cleric, Hojatoleslam Ali Beheshti, encountered her and another woman in the northern town of Shahmirzad, on his way to pray at the mosque. Per CNN:

"He told one of the girls to cover up, the report said.
'She responded by telling me to cover my eyes, which was very insulting to me,' Beheshti said. So he asked her a second time to cover up and also to put a lid on what he felt was verbal abuse.
She hit the man of the cloth, and he hit the ground."

The woman reportedly continued kicking and insulting Behesti after he fell. The cleric says he was in hospital for three days, but has not pressed charges.

More from GlobalPost: Is it the end for blue jeans in Iran?

Mehr's report also mentions three other clerics who have been attacked for "performing their religious duty," i.e., telling women what to wear, according to Radio Free Europe/Radio Liberty. Iranian-born columnist Golnaz Esfandiari explains that some clerics believe that "the Islamic principle of 'commanding right and forbidding wrong' makes it their duty to lecture women about their appearance and choice of dress."

That sounds very... not fun. Indeed it's not, writes Esfandiari:

"I'm not a supporter of violence, but as a woman who grew up in Iran and was harassed many times for appearing in public in a way that was deemed un-Islamic, I understand the frustration that woman [...] must have felt and why she lashed out at the cleric."

Iranian women are also choosing more polite ways to register their frustration. RFE has previously reported on a Facebook campaign, "No to Mandatory Hijab," that encourages women – and men – to send in photos of themselves wearing whatever they like in support of "women's right to unveil." The page currently has more than 1,000 photos, and 27,600 "likes."

Who knows what "likes" mean, though, to a government that sees social networks as just so much content to block. Now we, like Esfandiari, are not advocates of violence – but it wouldn't hurt the morality police to remember that Iran's women are bad-ass.