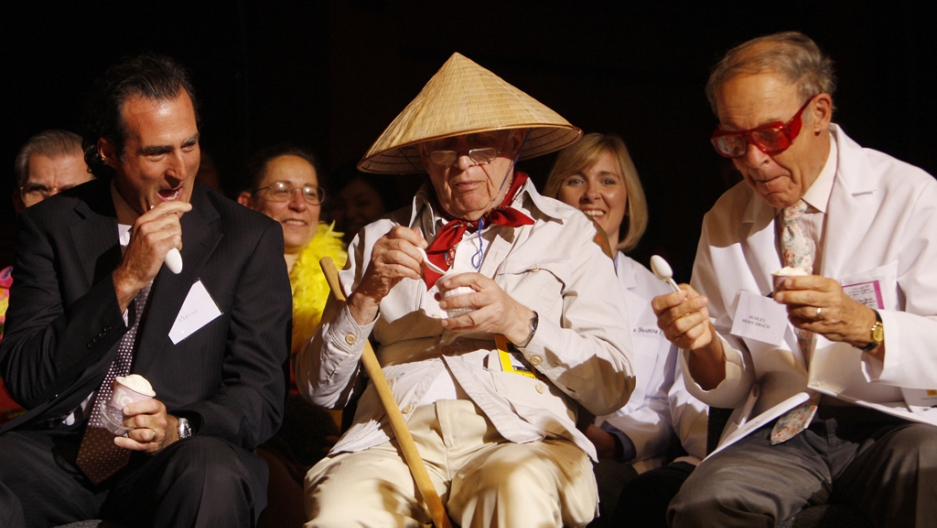 Unlike, say, the Razzies, the Ig Nobel Prize isn't awarded for bad science. Every year, the ceremony awards 10 prizes, which honor "achievements that first make people laugh, and then make them think," according to a press release.

Past winners include Elena Bodnar's bra, which can be converted into two filter masks for use in an emergency like a radiation leak. NBC noted that the founder of the ceremony, Marc Abrahams, collected many of the past innovations recognized by the Ig Nobel Prize in his recently published book, "This is Improbable."

Ig Nobel Prize winners of yesteryear will also attend the ceremony, including Bodnar, Dr. Francis Fesmire, who won for his research on a digital rectal massage as a cure for intractable hiccups (really), Dr. Deborah Anderson, who won for the effect of Coca-Cola on sperm motility (yup), and Don Featherstone, the creator of the plastic pink flamingo.

"Japan has been putting up stuff for so long it's hard to miss," Abrahams told Fortune, hinting that the country would do well at the awards this year. "Japan and the UK both have consistently produced impressive numbers of Ig Nobel Prize winners. I think that's partly due to something the two cultures share. Most other countries punish their eccentrics. Japan and the UK, in contrast, are proud of their eccentrics."

More on GlobalPost: Cecilia Gimenez, the woman who 'restored' the Jesus fresco, is now suing her church

The ceremony, which will be webcast, will feature flying paper airplanes, opera singers singing "The Intelligent Designer and the Universe," and Miss Sweetie Poo, an 8-year-old girl who will ensure that every acceptance speech is only a minute long.

It will be webcast live at 7:30 p.m. Boston time, viewable here: