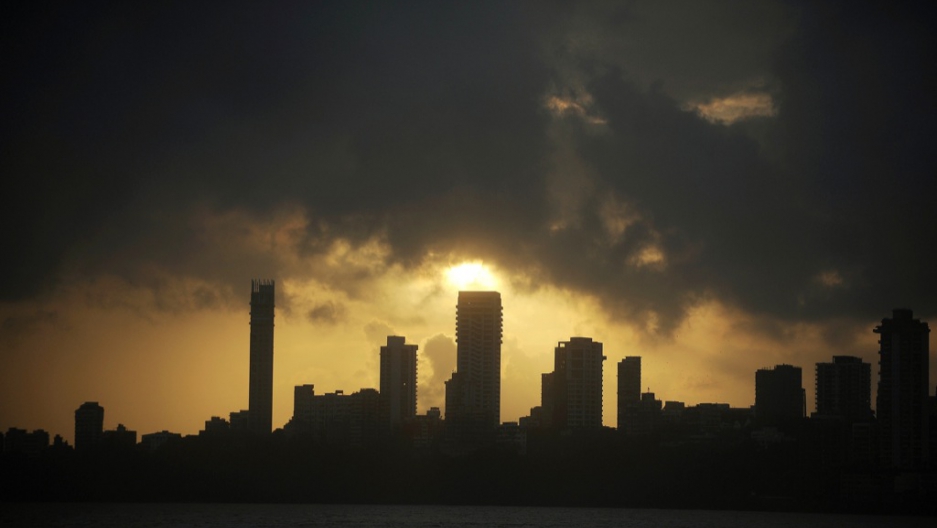 The sun sets over the skyline of Mumbai on September 7, 2012. Media outlets have recently reported an increase of legal outsourcing to India.
Credit: PUNIT PARANJPE
Share

Amid a lawyer glut in the US, legal process outsourcing to India is booming. But insourcing might be the next big thing, if New Delhi advocate Rajinder Singh's recent trip to London is anything to go on.

According to LegallyIndia.com, recruiters at India's highest paying firm, AZB & Partners, offer salaries of about $20,700 to fresh lawyers, along with a "competitive bonus" that likely amounts to $3500-$7000. Not much compared to what you earn in New York City. But that's IF you can get a job.

As the Wall Street Journal's law blog points out, courtesy of Business Insider, there's been a "nearly five-fold explosion in the number of law graduates between 1963 and 2010," while the number of US lawyers getting hired plunged from 85% in 2011 to 62% in 2012.

The good news? LPO and other forms of globalization of the law business saves US firms money, speeds turnaround time, allows for "flexible" staffing (um...good for whom again?), and allows access to "external talent."

Which is where Mr. Singh comes in.

This summer, Rajinder was invited on an all-expenses-paid trip to London by a UK law firm which shall remain nameless. Turns out they had all kinds of questions from their South Asian clients about marital and property disputes back in India. (And, as my story about Passport Officer Parneet Singh's crusade against runaway husbands pointed out, many of these guys weren't about to zip back to India to seek advice).

So what did our UK firm do? They insourced Rajinder to talk to their clients. And then they set him up in a booth at the mall to dole out legal advice like a department store Santa Claus at 15 pounds a pop.

"These people advertized with my picture, 'the famous matrimonial lawyer is going to visit the UK on such and such a date,' and I was given the impression that I would be addressing people they would be inviting for conferences," Singh said.

"So the first day, of course, we had an auditorium booked, and I gave a lecture for about half an hour, about how to get out of [domestic dispute litigation], and there was a question and answer session that lasted about three hours."

"After that, you know, the next day, their program was they put up a canopy in a town center in Berkshire--a town center is a kind of mall area where people come for shopping--and they distributed pamphlets across Southhall, where the majority of Indians live, Langley, Southhall, Maidenhead. So, a lot of people collected there. I was sitting there, and those lawyers who were distributing the pamphlets were charging some 100 or 70 pounds for advice, and in turn, I would get 15 pounds.  I came to realize that very quickly, because people were haggling for money."

He slaved like a cooley as the line stretched on and on. But that wasn't the worst of it.

"There was so much of rush of people, but they prevented me from giving my own information or my business card or my telephone numbers or email ID to anyone. That was fine by me. I thought, okay, maybe I'll make a little money there."

After all, he was there anyway. Even at 15 pounds a pop, he didn't have any overhead. And 15 pounds ($24) would stretch a little farther in India. But his promoters forgot one thing: Both Singh and their clients are Indian.

"Ultimately, it so transpired that some of the smarter Indians, just one of the Sikh guys, he came and asked me, 'What are you being paid here?'  I told him honestly, and I asked him why he was asking. He said, 'You know, we are paying a bomb to get this information from you.'  And you know, one thing that I didn't like was that they were recording all the advice I was giving so that they could incorporate my knowledge into their system, and they wouldn't need me again at all. So that guy told me, 'You give me your number, I have some 30-40 people, we'll meet you separately at some other place and we'll give you 25 pounds per advice.'"

"I liked the idea, so I went down for a smoke and passed my telephone number on to this guy, and the next day, this guy picked me up from the place where I was staying and took me to a cafe in Southall that he had booked, and he had brought some 30-40 people whom I advised, so I was able to gather maybe 1200 pounds there in one go."

"Those guys, most of them are illegal immigrants, are now calling me: 'You come here, you make it a quarterly affair, we'll advertise, and we'll share the fees.'"

Meanwhile, the law firm started getting a lot of queries for additional business after Singh had left. "They are also of Asian origin. They gave me an offer: OK, we'll give you a fixed amount of 50,000 rupees per bail matter.  That is peanuts!  I am charging 50,000 rupees for one appearance in the courts.  Handling an entire matter in 50,000, the fees would not worked out."

Of course, once the client comes to India to appear for his bail case, or dowry dispute, or property battle, there will be no way for the UK firm to prevent them from meeting Mr. Singh and taking his business card -- providing him with a fresh client for the long, arduous haul through the Indian courts.

"This was my first time. Maybe I'll go again in December. This time, with the help of these guys [who I met at the mall], maybe I'll take out my own advertisements in Southall, and maybe I can get a lot of clients from there.  All those people there, who have court notices against them, one problem is that they can't come to India because of the cases.  Secondly, there's a major issue of properties of NRIs (non-resident Indians) being occupied illegally and people selling it off.  These people are in real big soup."

That means Rajinder could soon be in the business of outsourcing himself.