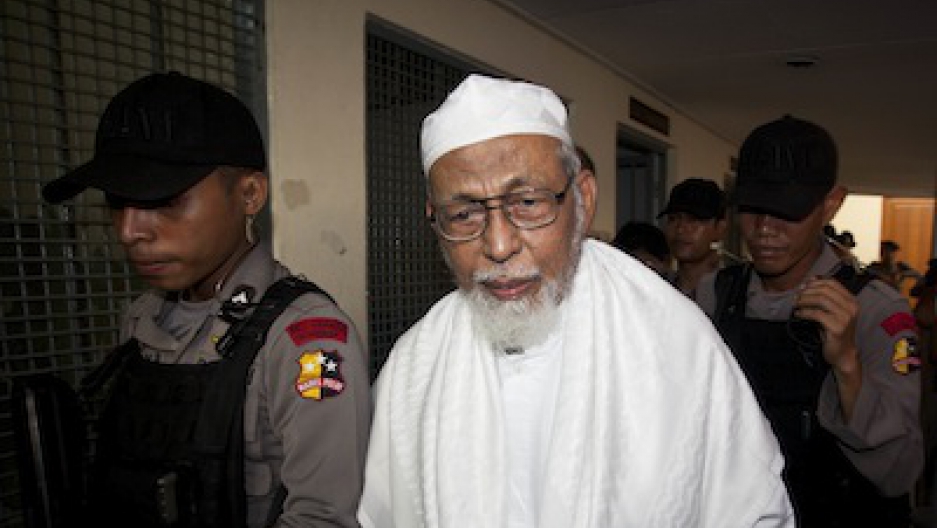 One of Indonesia's most notorious hardline Muslim clerics has issued a jailhouse proclamation to his faithful: feel free to mimic the coordinated attacks on America's Libyan embassy in Indonesia.

There is still speculation as to whether those attacks, which killed U.S. envoy J. Christopher Stevens, were provoked by the poorly made, anti-Islam "Innocence of Muslims" video posted on YouTube.

But Abu Bakar Bashir, a cheerleader for violent jihad still in prison for organizing the 2002 bombings in Bali, is clear in stating that the film must be answered with violent reprisals.

In an interview with Indonesian outlet "Voice of al-Islam," according to a translation by the Jakarta Globe, Bashir said that "what happened in Libya can be imitated ... If it is defaming God and the Prophet [Muhammad], the punishment should be death. [There are] no other considerations.”

This is, to my knowledge, the most extreme call to violence to come from any Southeast Asian Muslim leader. But there is good news: Indonesian security forces have already cracked down on Bashir's followers with a vengeance and scattered them into fragmented groups. They are probably incapable of mounting such an attack at the time being.

Better still is that, for the most part, Southeast Asia's varied Muslim societies have registered their disgust at the film but stopped short of advocating violence. As I wrote earlier this week, the region's mainstream Muslim leaders are largely disturbed that America values one troublemaker's freedom of speech rights over the aggrieved feelings of Muslims worldwide.

Still, wild rallies outside American embassies in Indonesia, which have degraded into bloody fighting between Muslim protesters and cops, may continue in days to come. According to the Jakarta Post, protests have scared a U.S. consulate in Medan, a bustling provincial capital, into temporarily closing.