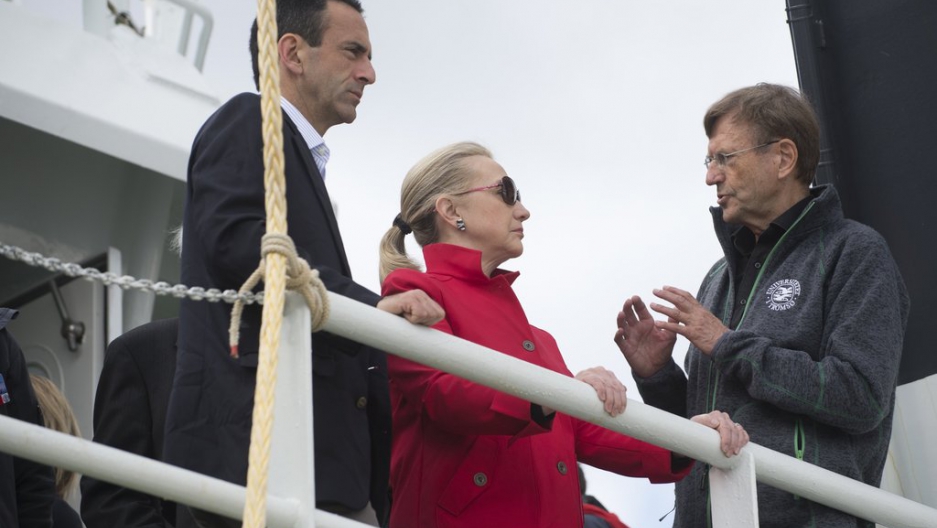 The record pace of the Arctic's melting ice remains an environmental crisis of global import, but has also begun to clear the way for a bonanza of natural resource extraction that is gaining international attention.

Although China does not hold territory in the Arctic, it has claimed "near Arctic state" status and sought entrance to the eight-nation Arctic Council as a permanent observer. Arctic Council members include the US, Russia, Canada and several Nordic countries who are also aggressively pursuing investment options made possible by new shipping routes.

More from GlobalPost: The Arctic is melting, and we're going to cover it

As GlobalPost reported in August, the US Department of the Interior granted Shell permission to begin exploratory drilling off the coast of Alaska. That project was quickly put on hold, however, when drifting ice floes and equipment issues made safe drilling impossible.

These setbacks underscore the economic and environmental risks associated with exploitation of the Arctic's substantial resources, estimated as 10 percent of the world's untapped oil and 30 percent of its natural gas.

Meanwhile the United Nations Environment Program (UNEP) warned that exploration and extraction could further speed the pace of the Arctic's ice melt.

"There is a grim irony here that as the ice melts," said UNEP spokesman Nick Nuttall. "Humanity is going for more of the natural resources fueling this meltdown."

Scientists told the Times that "at current rates," Arctic waters will be free of ice during the summertime by the end of this decade. September 16 marked the end of the largest Arctic summer melt in recorded history, the US National Snow & Ice Data Center reported.

As the resource boom and the ice melt become mutually reinforcing phenomena, a world highly dependent on the bounty of the Great North looks increasingly inevitable.

GlobalPost will publish a 'Special Report' on sweeping changes in the Arctic Circle led by executive editor Charles Sennott in early October.