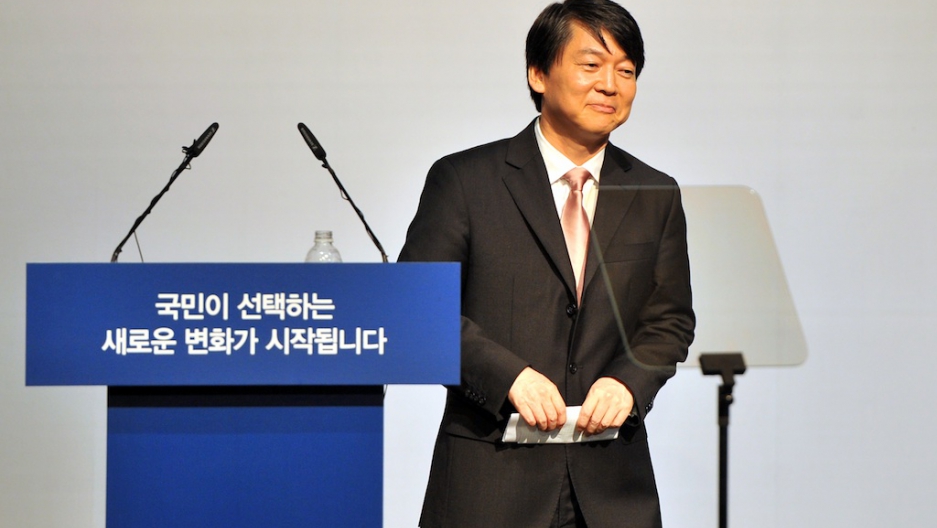 Ahn Cheol-soo, a software tycoon, doctor, and former college professor, announced he will run for South Korea's presidency Wednesday, shaking up what many saw as a straight-forward two-way race.

Ahn, a youthful 50-year-old with a what some call a "goody two-shoes" persona, will be up against the ruling conservative Saenuri Party's candidate Park Geun-hye—who, if elected, would be the country's first female president—and their primary opposition, the Democratic United Party's (DUP) Moon Jae-in.

However, Ahn has proved to be a worthy opponent of Park's, with polls indicating he is currently second behind the favorite.

"The people have expressed their hope for political reform through me. I want to become the person who puts that hope into practice," a visibly emotional Ahn said at a press conference in Seoul, Reuters reported.

Running as an independent candidate, the founder of South Korea’s biggest antivirus software manufacturer has vowed to reign in the country's big business, merge ethics with capitalism, and create jobs for young people in the world's 13th-largest economy, Bloomberg Businessweek reported.

He has also gained the public's favor by donating $200 million of his earnings to charity, according to Reuters.

Though Ahn has no formal political experience, his message has resonated with South Korea's younger voters, who see him as "a figure untainted by corruption and political or commercial abuse of power," Agence France Presse reported.

“I have no political experience but I don’t know that having a lot of it is necessarily a good thing,” Ahn said, Businessweek reported. “While I lack direct political experience, my diverse range of experiences in information technology, medicine, management and education, will be a plus, never a minus.”

More from GlobalPost: Who will be South Korea's new leader?