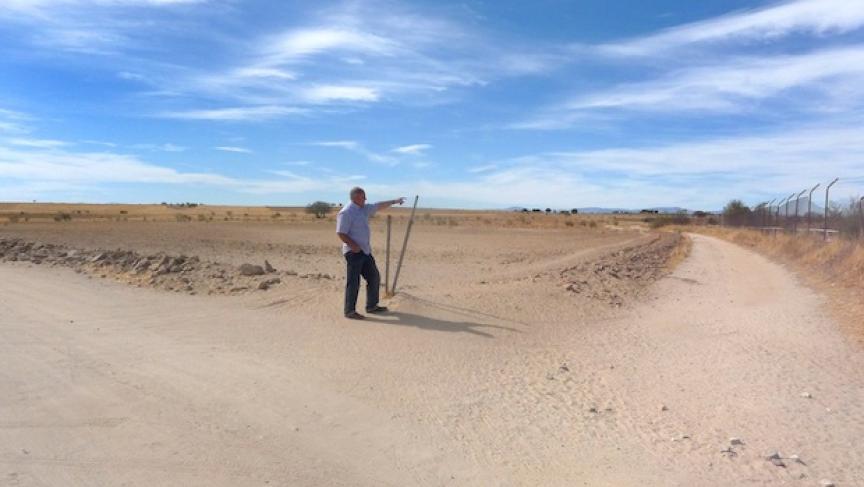 Alcorcon is a dusty bedroom community on the outskirts of Madrid.

Surrounding it are thousands of acres of dry scrubland. It’s hard to imagine this spot could one day become Europe’s version of the Las Vegas strip, with all its glitzy casinos and hotels.

“I think it’s a good project,” Banduyas said. “It’s going to bring jobs. We’re in a crisis. It’ll pump some life into this place. Businesses are closing all over the place.”

But like casinos everywhere, Euro Vegas has many detractors. A retired widow named Beatriz Pereda is not at all in favor of the new project.

“Las Vegas has more corruption and prostitution than anywhere else,” Pereda said. “And they want to bring that here? And the guy behind this, what’s his name, he’s been implicated in money laundering for thugs and assassins.”

Actually, not Adeleson himself, but some top Sands executives are under investigation, suspected of laundering money for Mexican drug cartels.

Critics of Euro-Vegas recognize that Spaniards need jobs, but they say they shouldn’t come at any expense. Local anti-casino campaigner Juan Garcia says Spain will have to bend too many rules to accommodate Adelson’s wishes.

“Adelson wants to let tobacco in other words get an exemption from Spain’s anti-smoking laws — and keep workers unions out,” Garcia said.

But perhaps the most fundamental criticism of Euro Vegas is that it finds Spain betting big on yet another mega-construction project. Over-investing in construction is in large part what got Spain into today’s financial mess.

The countryside is dotted with abandoned building sites where, in better days, millions of tourists were supposed to come and spend money. So when Euro Vegas backers predict 10 million visitors a year, people are skeptical.

Many Spaniards says Euro Vegas reminds them of one of the country’s classic films, “Welcome Mister Marshall.” The Americans are coming, celebrate residents of a tiny village in the 1953 comedy after they mistakenly conclude that the post-WWII Marshall Plan means money for them.