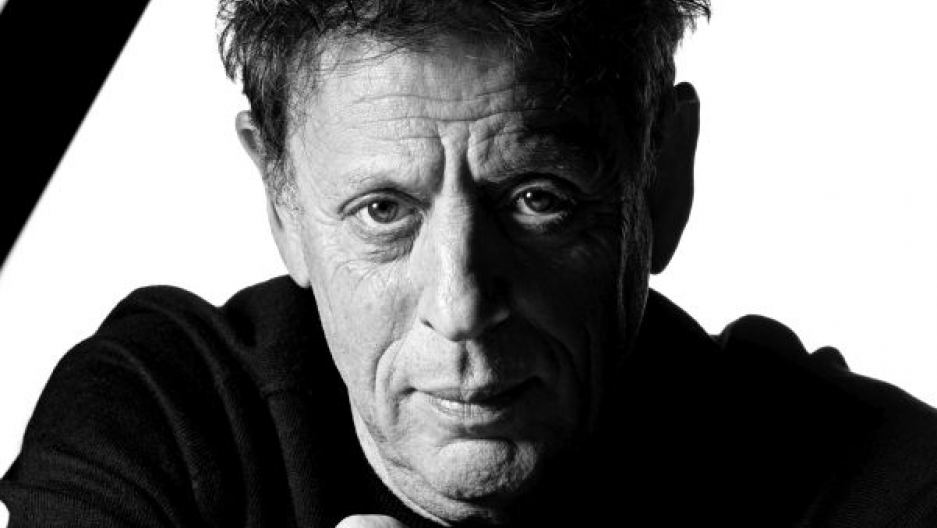 Composer Philip Glass was nearly 40 when he finally made it big. (Photo by Raymond Meier.)

Philip Glass was an unknown composer in 1976 — pushing 40, and driving a taxi to make ends meet — when he got his break: a new work performed at New York’s prestigious Metropolitan Opera House.

Einstein on the Beach was directed by Robert Wilson, a key figure in the avant-garde. It was four and a half hours long, had no plot anybody could follow and drove a lot of listeners crazy.

But almost overnight, it turned Glass into a household name.

See a video of Glass performing at WNYC's Green Space at Studio360.org.

Almost four decades later, Glass is one of the most influential composers working today, with a huge body of symphonies, operas and chamber music. He redefined the sound of television advertising and movie scores.

That work ethic has served him well. This year Glass has been honored with concerts and lectures to mark his 75th birthday, but he says he's still managed to keep the same writing schedule.

"I had to work so hard that I didn’t have any time to think about slowing down," Glass said.

Glass credits two teachers he had in the mid-1960s with shaping his signature sound: pianist and composer Nadia Boulanger and sitar player Ravi Shankar.

"I was with them at the same time," he said.

With Boulanger, Glass studied composition and harmony. He absorbed the binary rhythmic structure of Indian music from Shankar.

"Instead of ones and zeroes, (in Indian music) they use twos and threes," Glass said. "Einstein came 10 years after I completed my studies with them, and I spent ten years developing a language which integrated this binary way of thinking with traditional harmony."

A production of Einstein on the Beach is touring the world this year, and opens this weekend at the Brooklyn Academy of Music.

Today Glass is at work on a new opera about another visionary, this time a quintessential American: Walt Disney. It explores the "immortality of the art and mortality of the artist," but Glass doesn't want to whitewash Disney's life and legacy.

"When we elevate our artists and geniuses beyond the human level we lose something. Opera, above all, is poetry," he said.