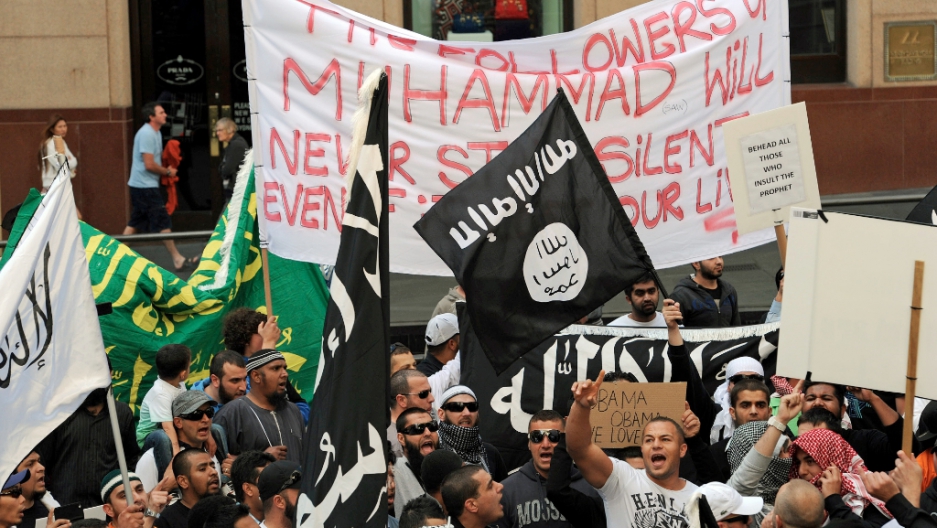 Protesters march through Sydney on September 15, 2012, as a wave of unrest against a film that mocks Islam spread to Australia, bringing hundreds out to demonstrate. Furious protests targeting symbols of US influence flared in cities across the Muslim world on September 14 in response to footage made in the United States that ridicules the Prophet Mohammed.
Credit: Greg Wood
Share

Hundreds rallied against a US-made video critical of Islam in central Sydney today, reported the Associated Press, a day after protests over the footage shook the globe.

Al Jazeera said protesters were seen "hurling bottles and shoes" at the US consulate there, prompting clashes with riot police, according to AP.

More from GlobalPost: Anti-American unrest creates a '1979 moment' for Obama

Several hundred people took part in the protest, AP putting it at 200 and Al Jazeera at 500. There were a few reported injuries, said AP.

Some of the demonstrators reportedly shouted anti-American slogans like, "Obama, Obama, we love Osama," said AP.

The US has ratcheted up its military presence abroad in response to a wave of film-related protests against US embassies sparked by a Tuesday attack in Libya that killed the US ambassador and three others.