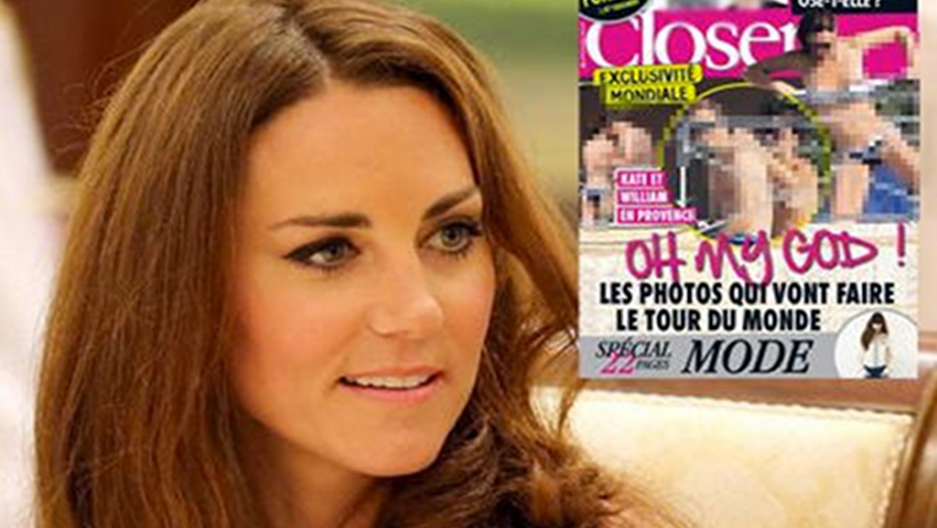 The Independent reported the royal couple were “saddened” to hear Closer had made the decision to publish what it called “sensual” pictures of the future Queen of England “as you've never seen her ... and as you'll never see her again.”

Kate and WIlliam are now suing the magazine, alleging a breach of privacy, NBC News reported.

It is understood the pictures were taken last week when Kate and hubby Prince William were on holiday at the secluded Chateau d’Autet, owned by the Queen’s nephew Viscount Linley, in the Luberon valley.

A day before the magazine went on sale, Closer's website told fans not to miss the special edition, with the headline: “Oh My God! The photos that will go around the world.” It offered a pixelated version of the shots as an appetizer. Closer informs us:

"At the chateau, Kate was perfecting her tan and applying SPF 50 sun cream ... and to avoid streaky tan marks, Kate thought it all the way through, and took off her bathing suit."

The magazine published four pages of photos, and while they were taken with a long lens, the BBC reports there's no doubting the identity of the royal couple.

Wills and Kate were told of Closer's decision to publish the shots – which were rejected by the British tabloids (including The Sun, which published the photos of Harry playing strip billiards) – while on tour in Malaysia as part of the Queen's Diamond Jubilee celebrations.

While the British press has, ironically, denounced the photos as a gross intrusion of royal privacy, Closer's editor here in France stood by the pictures, tweeting that at least "Harry would feel less alone."