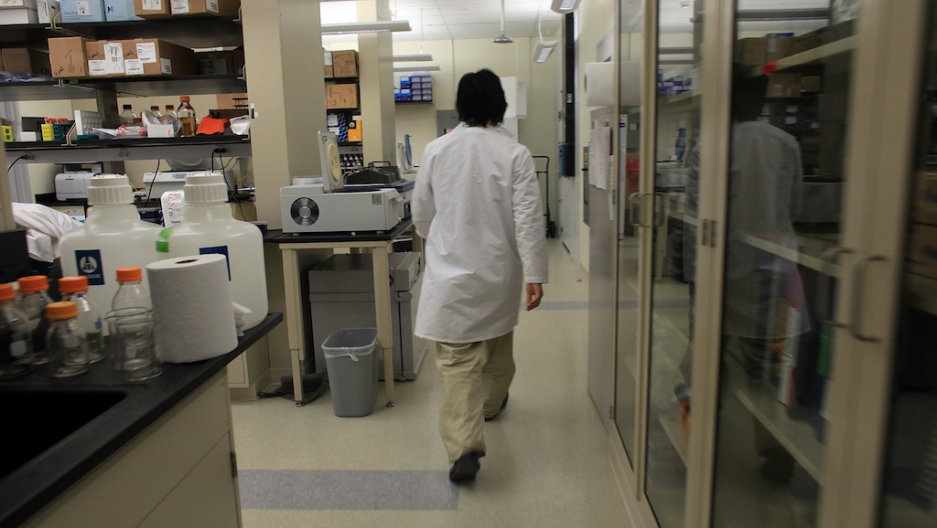 Senior postdoctoral fellow Xiaofang Wang walks through a lab at the University of Connecticut`s (UConn) Stem Cell Institute at the UConn Health Center on August 27, 2010 in Farmington, Connecticut. A new bill that is set to be voted on next week will allow for foreign science and technology doctorate students at American universities to apply for US green cards.
Credit: Spencer Platt
Share

An immigration bill that would create a new green card category for foreign students will be voted on by the House next week.

The Republicans reportedly gathered some of the technology industry's biggest players—who have been fighting for STEM degrees for employees for years—to ask them to support the bill.

The bill is also being seen as a strategic pre-election move by Republicans to pass piece of a non-controversial immigration legislation as Democrats have been taking a stronger pro-immigrant stance in light of Obama's DREAM Act, according to the National Journal.

Supporters of the legislation have argued that these highly-educated STEM graduates are in high demand around the world and that the US needs to compete for them for competitively, ComputerWorld reported.

It is unclear if there will be bipartisan support for the bill.

"The fact of the matter is that politically, Democrats don't want to give a Republican Congress a win on immigration reform, especially when it comes to high-tech," a GOP tech lobbyist who attended the meeting told the Journal. "I think you're going to see anywhere from very strong letters of support to softer tones, 'Thank you for taking up this debate.' I think you're going to see a pretty considerable amount of support for it."

[View the story "Study: US Immigration policies are hurting the country's economy" on Storify]