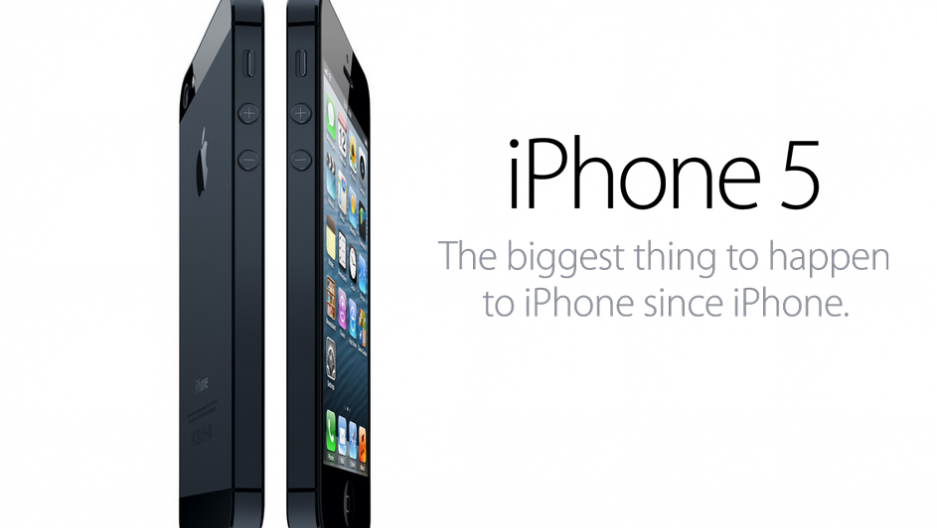 Apple's new iPhone 5 was unveiled Wednesday, but was met with less than the usual level of enthusiasm. (Photo courtesy of Apple.)

The highly-anticipated iPhone 5 was unveiled Wednesday at an Apple event in San Francisco.

The new, taller, slimmer smartphone is 20 percent lighter than the iPhone 4S, and boasts a number of other updated features.

But all of this is largely in line with expectations. Some critics are questioning whether this announcement is the “slam dunk” that's come to be expected from Apple. Can Apple, the world's most highly-valued company, continue to meet the incredible expectations that its fans and the media have for it?

Ken Auletta, writer and media critic for The New Yorker, said Steve Jobs' personality was critical to the mystique that Apple developed.

"If you went to those Apple demonstrations when Steve Jobs unveiled the iPod, or the iPhone or the iPad, people burst into applause," he said. "He built up this interest and this following. An Apple product became for people a status symbol. Part of their success was to create this mystique around Apple and Steve Jobs' personality was central to that."

Apple stores aren't just retail experiences — they're tourist attractions, Auletta said. People aren't just there to buy things, but to wander around and gaze at the products.

But Apple is not just looking to innovate in its products. Its been lauded both for what its doing in the healthcare field — because of the sheer number of its workers — and with distance learning, as it tries to keep a dispersed workforce on the same page.

"Apple is very aggressively trying to move into this other area they see as a growth area," Auletta said.

But as the company grows larger, it is increasingly facing questions about its growth, influence on the retail market and the conditions of the workers in the third-party factories that build its products.

"Apple is a wonderfully innovative company," Auletta said. "But there's a natural tendency in the press to judge Apple in a different way, to hold it to a different standard. When they come out with the iPhone 5, as they did yesterday, the question is 'Is it really as revolutionary as the original iPhone?'"

If it's deemed not, he said, as was the case with the iPhone 5, there's some snickering.

Of course, Apple benefits from the mystique they've developed. But they're also running into a great deal of skepticism, he said.