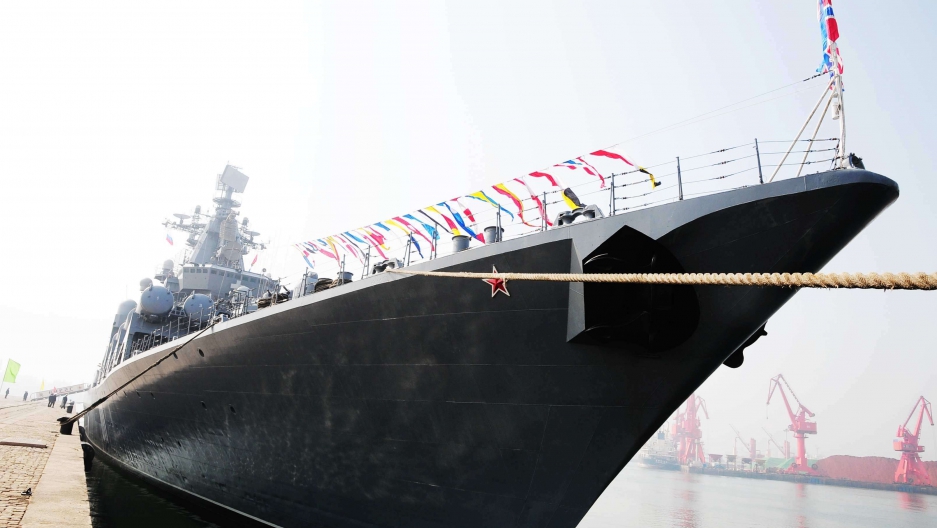 Democratic National Committee officials may want to bone up on their war ship knowledge.

On Wednesday, organizers apologized for using a photo of Russian warships in a convention video that paid tribute to American veterans while 51 US veterans stood on stage along with Admiral John B. Nathman. The photo was also used as the backdrop for Sen. John Kerry, a former Navy officer.

In a statement first released to The Navy Times, DNC officials said, “Due to vendor error, incorrect images appeared briefly on screen behind fifty-one veterans during the convention and the DNC apologizes for this mistake."

Officials added that the error should not “distract from the words of Admiral Nathman and others who spoke to President Obama’s strong record on issues that impact those who have served our nation."

In the statement the DNC officials also took time to make a subtle dig at Republican Presidential candidate Mitt Romney by saying, "We’re proud of the service and sacrifice of our veterans and military families, and while they were an important and active part our of convention, Mitt Romney failed to even mention them in his speech in Tampa.”

The Navy Times also pointed out the distinct irony that the boats displayed in the video were the very boats that Admiral Nathman, a former commander of Fleet Forces Command, squared off against in the cold war.

The Russian Times pointed out that behind being able to identify characteristics of a Russian vessel, the organizers could have just looked at the flag. "Besides the ships’ radar arrays and hulls, observers could also easily spot a major symbol of the Russian Navy on the crafts: The white flag of St. Andrew’s crossed diagonally by two blue stripes."