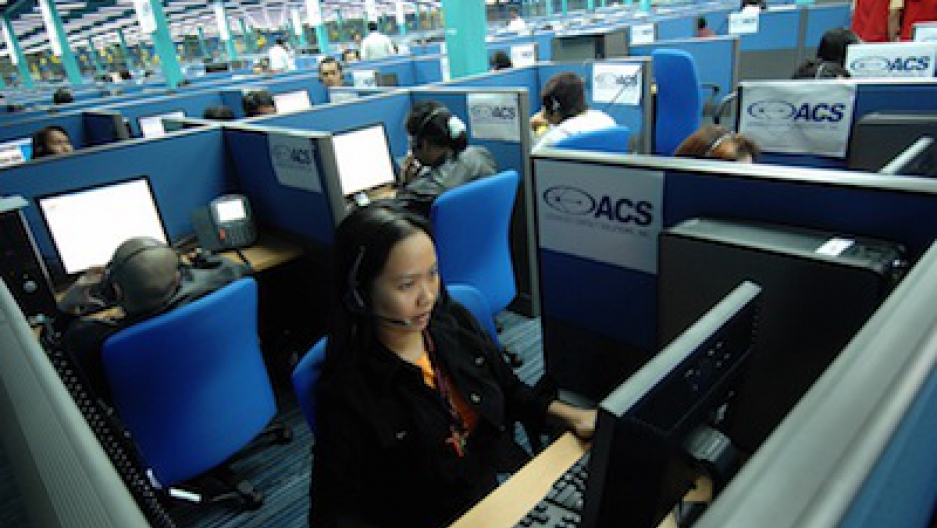 When Americans' modems crap out, or their credit cards go missing, their calls to customer service hotlines are increasingly being answered by Filipinos in lieu of Indians.

India's dominance is the call center industry is entrenched in U.S. pop culture. Miscommunication between midwestern callers and heavily accented Indians feigning names like "Greg" or "Susan" is a go-to joke for hack stand-up comics and even the subject of a romantic comedy.

But guess what? As of last year, there are now more call center agents in the Philippines than India. According to the New York Times and other outlets, Philippine centers employ roughly 400,000 agents, which tops India's figure by 350,000.

The Filipino edge is owed, in part, to their Americanized accents.

Like India, which was once ruled by England, the Philippines was also colonized by an English-speaking nation: the United States. Today, the Philippines is far and away Asia's most Americanized nation. Filipino pop culture embraces hip-hop, fast food and Hollywood and, even in the poorest quarters, it's easy to find families with siblings or cousins residing in the states.

In the Philippines, call centers handling calls from the U.S. can easily recruit college-educated Filipinos who speak English like Americans. Check out this CNN video, filmed inside a Manila center, and try to tell me these guys don't sound native.

That doesn't mean Indian outsourcing is waning on the whole. Far from it: my colleague Jason Overdorf in New Delhi explains how India is moving on to more sophisticated, tech-savvy forms of outsourcing.

But when it comes to helping your cranky uncle reset his ATM PIN number, the Philippines is better stocked with men and women whose accents sound familiar. He might even think he's speaking to someone in California.