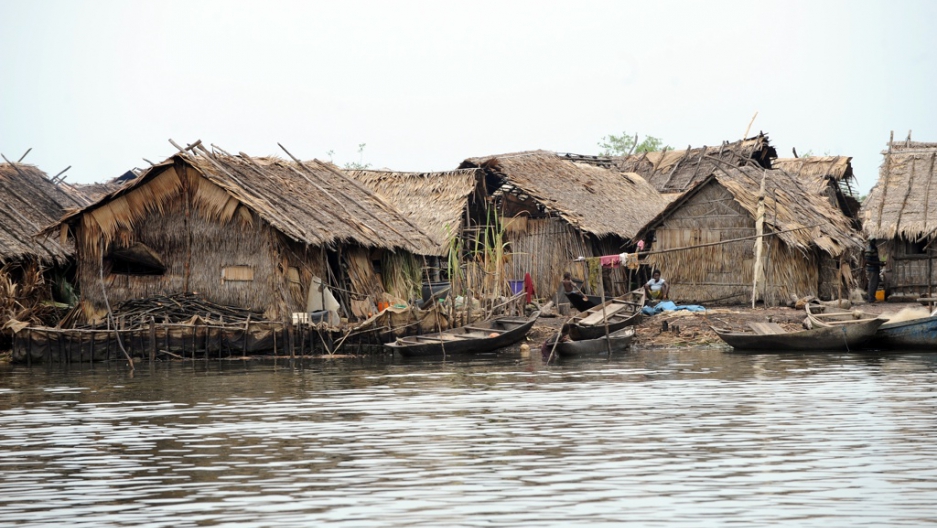 ABUJA, Nigeria—Nigeria should be a nation of riches. It’s Africa’s biggest oil producer, sitting on the world’s seventh-largest reserve of natural gas.

“We have palm oil. We have zinc. We have iron. We have coal. And we are very rich in agriculture,” lamented Nigerian musician Victor Iteimowei Ugele, popularly known as Jeffy J. “With what Nigeria has, people should not be hungry.”

But people are hungry. According to government statistics, most of Nigeria’s 160 million people live in abject poverty.

And so, as the National Assembly gears up to start its fall session, many here are hopeful that change may finally be afoot. The body is expected to debate the controversial Petroleum Industry Bill, potentially the most significant legislation in Nigeria since military rule was abandoned 14 years ago.

If passed, it would overhaul a notoriously corrupt and inefficient oil industry — an industry average Nigerians say keeps them poor while funneling billions to oil moguls and government officials.

Nigeria now produces about 2.5 million barrels of crude oil a day. That accounts for almost all of the country’s foreign currency and supplies 80 percent of its government budget. At the moment, however, the majority of the gas extracted goes unused. Much of it is “flared” off of oil drills — a practice that both wastes the resource and damages the environment.

The bill is not without its critics. Many of them worry the bill places too much power in the hands of the country’s oil minister. It would give the minister vast authorities, and would call for fines or jail time for anyone who “obstructs or interferes” with the production or distribution of oil and gas. And while the bill bans gas flaring, it allows the oil minister to issue exemptions.

“There are contentious issues in the bill, especially looking at the powers of the minister, which seems very unusually extensive,” said Clement Nwankwo, executive director of the Policy and Legal Advocacy Center in Abuja.

Nwankwo said he hopes lawmakers will amend the bill to address the issue, as well as the industry’s lack of transparency.

“The investment environment is not very transparent for a lot of the oil companies that want to invest in the Nigerian oil sector,” he added. “And with oil being discovered across the continent, we need to make the Nigerian oil market very competitive.”

More from GlobalPost: Nigeria: Rebel without a job

Nigerians held mass demonstrations and strikes earlier this year to protest the government’s management of the oil and gas industry. The strikes inspired an investigation, which revealed that oil companies and officials had siphoned off $6.8 billion in public funds between 2009 and 2011. When lawmakers revealed the scandal in April, local newspapers led with headlines like, “How they bleed Nigeria.”

In the months following the release of the investigation’s report, however, few were reprimanded and no changes were made. The man who perhaps suffered the most was Farouk Lawan, the author of the report. Lawan found himself embroiled in a $3 million bribery scandal.

In this atmosphere of general chaos, one scandal vanishes from the public eye as soon as another one crops up.

Frustration over the incessant transgressions may serve as an impetus for the National Assembly to finally pass the law, after five years of failed attempts.

“There’s consciousness about fundamental problems facing the industry as a whole,” Jibrin Ibrahim, the executive director of the Center for Democracy and Development in Abuja, told GlobalPost. “This has made it clear to stakeholders that something has to be done at the structural level.”

He said the strikes and protests sent a message that the public would not tolerate the misuse of Nigeria’s oil wealth forever. At the time, President Goodluck Jonathan had canceled Nigeria’s fuel subsidy, doubling and tripling the price of fuel and food almost overnight.

The subsidy was partially re-instated after mass protests.

Regardless of public pressure, Ibrahim said the bill could still fail. He said it was unlikely that the central players would easily relinquish the power and money that comes with controlling Nigeria’s oil.

“The ultimate beneficiaries of the current system are the president and the minister of petroleum, who have a huge machine to be able to dispense all sorts of favors,” he said.

Publicly, both the president and Petroleum Minister Diezani Alison-Madueke have come out in favor of the bill, touting it as part of the administration’s “transformation” agenda.

For many young people in Nigeria, the mere fact that the petroleum bill is back on the table is a hopeful sign. In his song “One Africa,” Jeffy J touts Nigeria’s wealth, singing: “We’ve got mineral resources fueled up like sand. You better believe it. God bless our land.”

Jeffy J, 28, is from the Niger Delta, the impoverished heart of Nigeria’s oil country. While a tentative peace holds in his home state, he said that if the oil continues to pollute the rivers, creeks and farms, and no one shares in the profit, that peace could break down.

“Nobody is happy about the situation,” he said, lounging on a mattress in his friend’s single-room apartment. “Nobody. With all the resources we have … it’s so sad.”