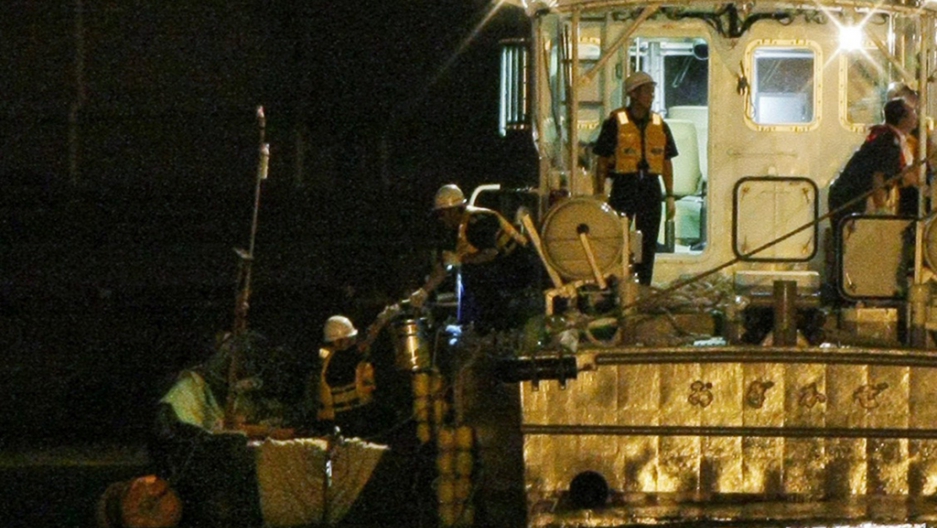 A profoundly drunk North Korean man floated all the way to South Korea on a piece of wood this week—and he's been offered South Korean citizenship.

South Korea's Yonhap News Agency reported that the man, who appears to be in his 20s, was found hiding in a house on the island of Ganghwa, an hour from Seoul, on Sunday.

Yonhap reports that when the man was taken into police custody, he was only wearing his underwear and appeared to be intoxicated. (I've got to say, I've never found myself repatriated after a night of drinking—this guy deserves a medal).

"The man said he crossed to the South, holding on to a floating object to waters off the coast of Gyodong Island," said Joint Chiefs of Staff spokesman Lee Bung-woo to the Yonhap News Agency.

"The floating object is seen as a wooden board that drifted due to the flood in the North."

South Korea typically does not return North Koreans against their will, but they are free to return to the North if they choose. We're guessing that this particular drink-loving young gentleman may take the offer to stay.

South Korea regularly condemns the deportation of North Koreans from China back into the tender embrace of the DPRK. And the nautical route from the North to the South is a fairly popular one—21 North Koreans were discovered floating in the Yellow Sea last November as they made their bid for freedom.

On Sunday, a group of activists—including some North Korean defectors—floated 10 balloons containing materials critical of North Korea's ruling family over the demilitarized zone the two nations share, to commemorate the 64th anniversary of the Democratic People's Republic of Korea, according to the Straits Times.

Not that the regime is likely to listen. At the end of August, North Korea issued a memo to the UN Security Council blaming the "hostile policy" of the USA for its continued pursuit of nuclear arms—indicating that the chilly relations between this hermit Asian nation and everyone else are unlikely to end anytime soon.

The Chosun Ilbo did report Tuesday that the North will accept emergency aid from South Korea again, after a freeze on aid prompted by the North's shelling of Yeonpyeong Island in 2010.

Here's video of drunken North Koreans in Pyongyang, who do not seem to be floating to anywhere.