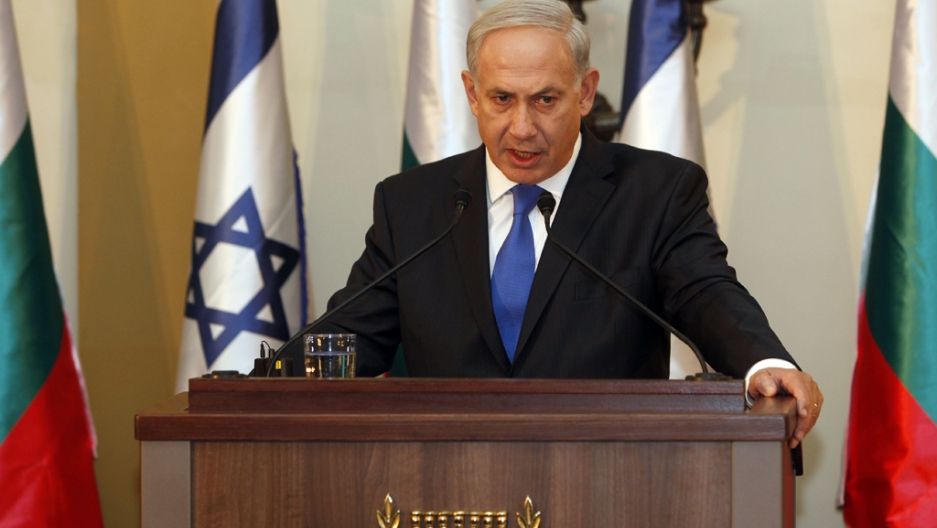 Israeli Prime Minister Benjamin Netanyahu said on Tuesday that the United States had "no moral right" to tell Israel to back down on the Iran nuclear program issue, because it had not taken action itself, according to The Christian Science Monitor.

The Monitor said the defiant comments were in response to Secretary of State Hillary Clinton's comments earlier this week that the US was "not setting deadlines" to attack Iran.

Netanyahu said, "The sanctions have hurt the Iranian economy, but they haven’t stopped the Iranian nuclear program. That’s a fact," during a press conference with visiting Bulgarian Prime Minister Boyko Borisov, according to The Washington Post.

He said, "The world tells Israel: ‘Wait. There’s still time.’ And I say: ‘Wait for what? Wait until when?’ Those in the international community who refuse to put red lines before Iran don’t have a moral right to place a red light before Israel."

The scathing critique is aimed at the Obama administration, which has urged Israel to hold off military action against Iran, stating that there was still time for diplomacy and sanctions to work.

More on GlobalPost: Terror and the US: Americans feel threat of terrorism has declined, surveys show

In Washington, Defense Secretary Leon Panetta said today that Iran was still at least a year away from being able to make a nuclear weapon and the US had the capability to strike "whenever we have to," according to Bloomberg. "We have the forces in place to be able to not only defend ourselves, but to do what we have to do to try to stop them from developing a nuclear weapon."

Israeli newspaper Haaretz reported that the White House declined Netanyahu's request to meet with President Barack Obama during a UN conference at the end of the month, marking a low point in relations between the two countries. Haaretz called Netanyahu's earlier remarks an "unprecedented verbal attack" on the US government.

Defense Minister Ehud Barak tried to ease tension on Tuesday, saying in a statement, "We must not forget that the US. is Israel's most important source of support in terms of security," according to Haaretz.