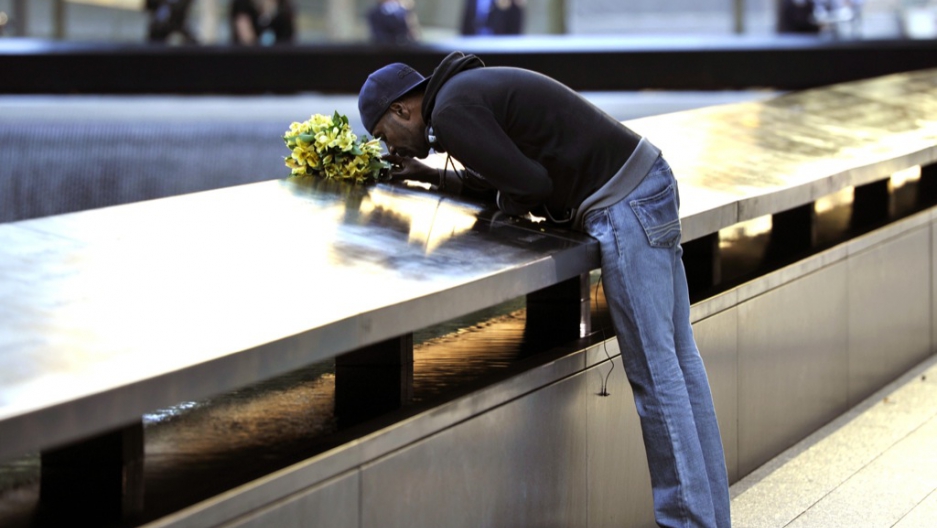 NEW YORK - SEPTEMBER 11: Dennis Swindell kisses the name of his partner Gary Lee Bright on the South Tower memorial pool wall during observances for the eleventh anniversary of the terrorist attacks on lower Manhattan at the World Trade Center site September 11, 2012 in New York City. The nation is commemorating the eleventh anniversary of the September 11, 2001 attacks which resulted in the deaths of nearly 3,000 people after two hijacked planes crashed into the World Trade Center, one into the Pentagon in Arlington, Virginia and one crash landed in Shanksville, Pennsylvania. (Photo by Timothy A. Clary-Pool/Getty Images)
Credit: Pool
Share

On the anniversary of the 9/11 attacks, it is claimed that former US President George Bush ignored six specific security briefings during 2001 of a terrorist attack involving mass casualties.

The New York Times reported the White House was given a series of briefings between May and August 2001 from the CIA about an Al Qaeda attack, but failed to take any significant action.

The briefings included information from a number of sources about an attack with explosives and involving numerous casualties.

The Daily Mail reported that by May 1, the CIA told the White House of a report that “a group presently in the United States” was planning a terrorist operation, and on June 22, the daily brief reported that Al Qaeda strikes could be “imminent.”

But Bush continually dismissed them, and questioned the reliability of the reports and the thoroughness of the briefings.

The repeated warnings came before the famous top secret briefing, which has previously been made public, given to Bush on August 6, titled "Bin Laden Determined to Strike in the US."

A few weeks later, on September 11, nearly 3000 people were killed when terrorists used planes to crash into the World Trade Center in New York City and the Pentagon in Washington DC.

The new report by the Times comes as thousands of family and friends of the victims gathered at Ground Zero today to mark the 11th anniversary.

The Times reporter, Kurt Eichenwald, claims that officials within the CIA's Counterterrorism Center became increasingly angry that the White House was not taking action, and in one meeting an official suggested the staff request a transfer so they could not be blamed when the attack occurred.

Eichenwald told CBS News: "What I've been able to see are the presidential daily briefs before August 6 of 2001. And they're horrific, and they are — our reports are 'an attack is coming,' 'there are going to be mass casualties.' The worst of them, the Pentagon, the neo-conservatives at the Pentagon, as the CIA was coming in saying, 'al-Qaeda's going to attack,' said, 'Oh, this is just a false flag operation. Bin laden is trying to take our attention off of the real threat, Iraq.' And so there are presidential daily briefs that are literally saying, 'No they're wrong, this isn't fake, it's real.'"