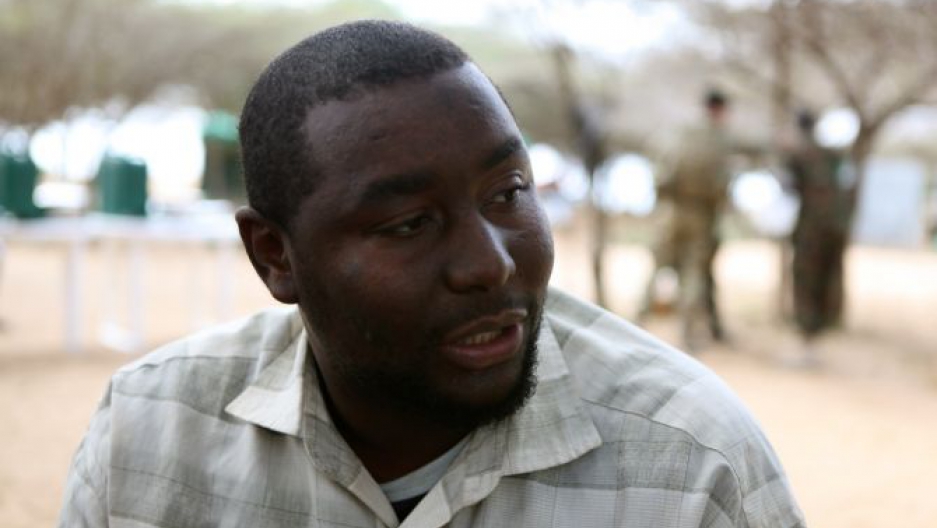 MOGADISHU, Somalia — The 14-year old used to like killing. “The fighting makes you happy because you are hitting the enemy,” he said.

“Before you start shooting you get a bit scared. But then, when you start, it’s nothing, it’s like normal,” he said. “Al Shabaab told us we had to fight the apostates, the enemies of Allah. I thought it was a moral fight.”

Foot soldiers like Mohamed helped make Somalia’s Al Shabaab into Africa’s most powerful, dangerous and far-reaching Al Qaeda affiliate. Although it has suffered a series of setbacks over the last year, it remains a powerful force with both regional and international reach.

In 2010, Al Shabaab proved it could strike outside Somalia by carrying-out coordinated suicide bombings in Kampala, Uganda. Those attacks killed more than 70 people, including an American. Last year, a UN investigation found that Al Shabaab was developing strengthening ties to extremist groups in Kenya, and the US has recently warned of links to other Al Qaeda-inspired groups in West Africa and Yemen.

But for all its broader aspirations, it is Somalia’s stateless anarchy that nourished and sustained Al Shabaab, allowing it to grow in strength, reach and reputation.

Mohamed did not abandon Al Shabaab. He was captured by soldiers from the African Union Mission in Somalia, who brought him to one of their bases at the bombed-out Uruba Hotel, which overlooks Mogadishu’s old harbor.

There, Mohamed recounted the story of how he had been trained to use rocket-propelled grenade launchers, belt-fed machine guns and assault rifles. It was his AK-47 that Mohamed liked the most. He later picked it out with no hesitation from among a cache of captured weapons. He smiled as he held it in his hands again.

Mohamed said he used to spend his days at a training camp close to Elasha Biya, reading the Koran and receiving religious education. Then, at dusk, the fighters would be ordered to fight, often alongside foreigners.

“There were whites, Kenyans, Arabs. They spoke a different language I didn’t understand,” Mohamed said through a Somali translator.

Another former Al Shabaab fighter, who surrendered in May, also said he had seen many foreigners among the group’s ranks.

“I saw a lot of foreign fighters, including Ugandans, Americans, Ethiopians, Chechnyans and Pakistanis,” Hussein, 20, said.

Al Shabaab’s ability to attract foreign fighters worries Western countries, especially those with large Somali diaspora communities, including the US and Britain.

“I saw foreign fighters often,” said Muhsin, a hefty 27-year old, who was a finance manager for Al Shabaab in the town of Afgoye, 22 miles from Mogadishu, from 2007 until earlier this year. He defected and is now assisting government forces.

“One time I saw three white Americans and dozens of Arabs. They were meeting at Sheikh Zayed’s compound,” said Muhsin, referring to a large villa built in Afgoye by the first president of the United Arab Emirates, which intelligence sources confirm was a kind of operational headquarters for Al Shabaab.

The group’s shadowy leader, Ahmed Abdi Godane (aka Abu Zubeyr), who recently had a $7 million bounty placed on his head by the United States, was an occasional visitor to the mansion, Muhsin said.

Afgoye’s importance as a planning and strategy center for Al Shabaab declined after Bilal al-Berjawi, a British-raised Al Qaeda operative, was killed by a suspected US drone strike in January.

“He was a very important guy,” Muhsin said. “His death created fear. After his killing, we didn’t see the foreign fighters or the Al Shabaab leaders again.”

Despite being forced to retreat from Mogadishu, Baidoa, Hudur, Beledweyne and other towns, Al Shabaab is still estimated to control about 60 percent of southern Somalia, including the port towns of Marka, Barawe and Kismayo, all of which give the terrorist organization an important source of income.

Its links to extremist groups in Kenya also indicate that even if pushed out of Somalia entirely, Al Shabaab could remain a powerful force.

A 2011 report from the UN’s Monitoring Group on Somalia and Eritrea included details of “extensive Kenyan networks linked to Al Shabaab, which not only recruit and raise funds for the organization, but also conduct orientation and training events inside Kenya.”

The UN investigators noted that Al Shabaab had attracted followers outside the ethnic Somali community and singled out a Nairobi-based group called the Muslim Youth Center that posts virulent messages from its Twitter account and on its blog.

In neighboring Uganda, authorities say Al Shabaab also has links with the Allied Democratic Forces, a small militant group hiding out along the forested border with the Democratic Republic of Congo.

Although there have been no major terrorist attacks since the July 2010 Kampala bombings, the potential threat has played out in recent months in Kenya.

A spate of grenade attacks followed Kenya’s decision to send its army into Somalia last October to fight Al Shabaab, after the group was blamed for a series of kidnappings of aid workers and tourists.

The only man so far convicted of a terrorist offence was a non-Somali Kenyan, a Muslim convert from the west of the country. Intelligence sources say the attacks — lobbed grenades and relatively ineffectual homemade bombs — indicate that the Kenyan attacks are inspired, rather than directed, by Al Shabaab or Al Qaeda.