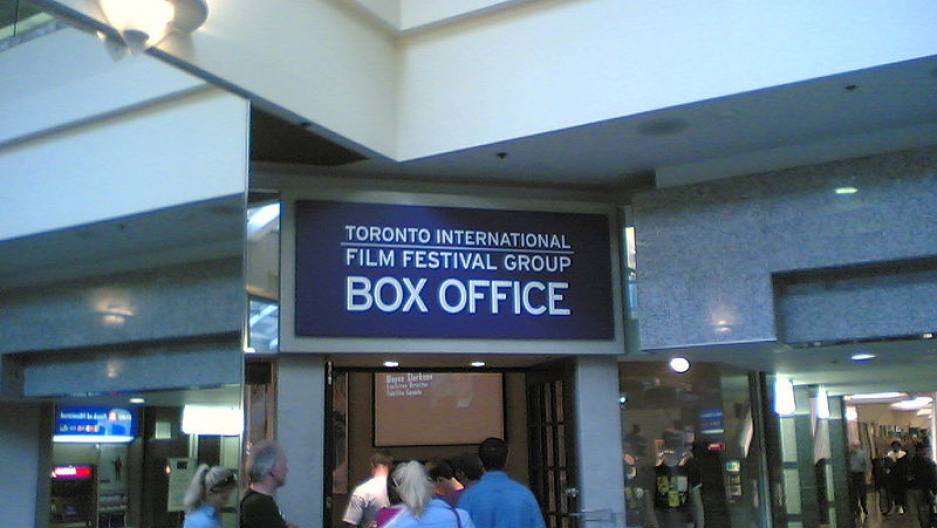 Festivalgoers wait for tickets to shows at the Toronto International Film Festival. (Photo by Chensiyuan via Wikimedia Commons.)

Political reporters on the campaign trail aren’t the only journalists racking up the frequent flyer miles right now.

It’s the season of major film festivals, and people who cover movies get the better destinations. Last weekend was the festival in Telluride, Colo., the Venice Film Festival is wrapping up, Toronto has just begun and at the end of this month New York's big film festival kicks off.

What are all these festivals for, and to whom do they matter?

Sharon Waxman, editor-in-chief of the entertainment news site The Wrap, said they’ve become crucial to the industry in two ways. Many smaller movies today are produced without distribution deals, so the festivals function as a marketplace of movies for sale.

The festivals — where critics and superfans get a first look at movies the rest of us won’t see for months or years — also draw critical attention to movies that lack major marketing.

Last year's Shame, starring Michael Fassbender, won the Venice Film Festival and was purchased by Fox Searchlight. The film drew a larger audience than a risque NC-17 film otherwise may have.

But more may not be better, and Waxman finds the explosion in film festivals counterproductive.

“There are so many of them, every single town on the planet it seems has its own film festival, and the question then becomes what purpose does it serve beyond promoting film and art house film to the local audience," she said "I mean everybody, Abu Dhabi, Qatar, Dubai, Karlovy Vary, places you may never have heard of. So at a certain point the people who have to go on a death march to these various festivals, on top of the people in the industry who are trolling for talent and creativity and new voices, wonder what is the point of that.”

Even with screening four films a day, Waxman finds the festivals reinvigorating, a welcome end to the summer bonanza of action flicks and superheroes.

“Those of us who are film lovers,” Waxman said, “breathe a deep sigh of relief when September comes.”