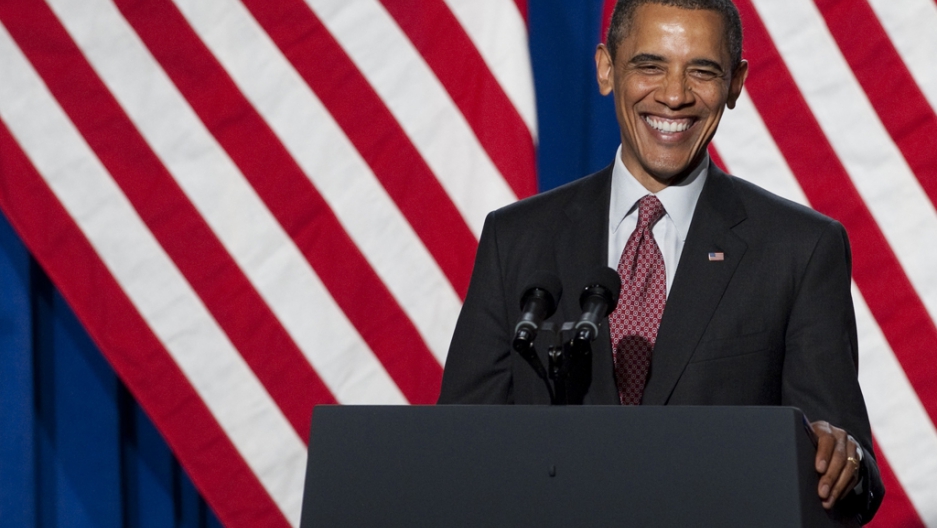 Just days before the 11th anniversary of the 9/11 attacks, President Barack Obama asked Americans to remember the nearly 3,000 people who died.

In his weekly address, Obama gave examples of 'just how far we've come as a nation,'" including the death of "Osama bin Laden, (the rebuilding of) New York's new One World Trade Center and the end of the Iraq war, according to CBS News.

"The last decade has been a difficult one, but together, we have... come back stronger as a nation," Obama said, giving thanks to "the courage and skill of our intelligence personnel and armed forces" who carried out the raid on Osama bin Laden and other Al Qaeda leaders.

He said by the end of 2014 "the transition in Afghanistan will be complete and our war there will be over," CBS News reported.

Meanwhile, Obama maintains a slight lead over his Republican challenger Mitt Romney. According to the Los Angeles Times, Obama’s “bounce” after the Democratic National Convention has continued to grow.

More from GlobalPost: 9/11 hearings stall and Gitmo inmates get stuck as Isaac barrels across the Caribbean

Among registered voters, Obama scored 49%-45% in Gallup’s latest poll. The Times reported it represented a 1 point gain since Friday and a "5-point swing from Romney’s 47%-46% lead" before the Republican convention began.