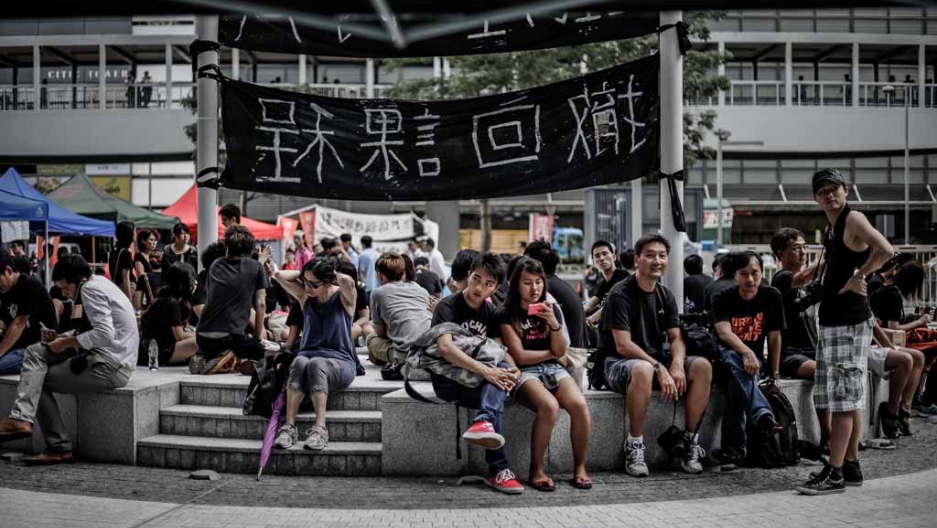 Students sit in front of the Central Government Complex in Hong Kong on Sept. 4, 2012, as students and teachers protested for a sixth straight day against plans to introduce Chinese patriotism classes.
Credit: Philippe Lopez
Share

Hong Kong has relented on legislation that would have required students to take Chinese patriotism classes, after parents, teachers, and young activists protested the curriculum.

"The amendment of this policy means that we are giving the authority to the schools," Hong Kong's Chief Executive Leung Chun-ying told reporters Saturday."The schools are given the authority to decide when and how they would like to introduce the moral and national education."

The general civics curriculum, which also planned to feature lessons to help students "appreciate" mainland China, was planned to be implemented in elementary schools this month and secondary schools in 2013, BBC News reported.

The government had said the patriotism classes were important to foster a sense of national identity amid rising anti-Chinese sentiment in Hong Kong, according BBC News.

The proposed education brought over 100,000 protesters out into Hong Kong's streets on Friday who called the classes a form of brainwashing; according to a poll done last week, 69 percent of students opposed the classes, Agence France Presse reported.

“The government ignores our feelings, so we need to use our bodies,” Tak-Wan Chan, a 23-year-old university student who was on a hunger strike in protest of the classes, told GlobalPost. “This is brainwashing, and we need to fight for our future. I think that mainland politicians want to control us. Our freedom of speech is less now.”

Leung's announcement to make the classes optional comes just a day before Hong Kong goes to the polls to elect a new legislative council, which is increasing to 70 seats from 60, the Bangkok Post reported.

"The demonstrations highlight growing unease with Chinese rule, and the slow pace of democratic reforms on the mainland," said BBC's Hong Kong correspondent Juliana Liu. "Some speculated it was a move directly timed to influence the election in favor of pro-government and pro-Beijing lawmakers."