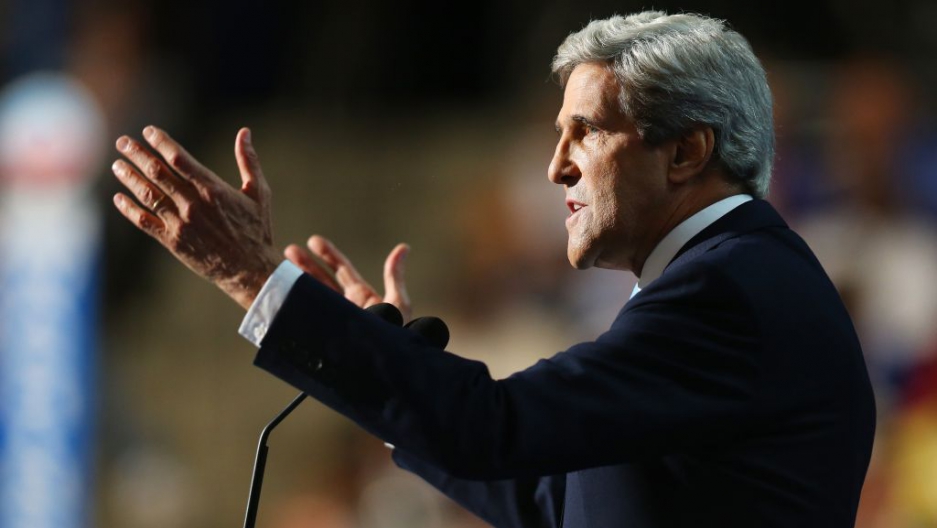 BOSTON — The Democratic National Convention aimed to reignite the fire in the hearts and minds of 2008 Obama supporters — to remind Americans why they voted for the president four years ago and why they should support him again this coming November.

The speakers who took to the stage over the course of the DNC sang President Obama’s praises, highlighting the strength of his character as well as his track record in several policy areas. Viewers were reminded of the lives and the companies that were saved by "Obamacare" and the Recovery Act. Emotional testaments were delivered touting President Obama’s focus on veteran services, student loan programs, the DREAM Act and women’s issues.

But on Thursday, the final night of the convention, foreign policy took center stage. That's a policy area that pundits say has been dominated by the Republican Party for decades. And the Democrats were anything but nice.

Here are the top scathing foreign policy remarks from the last night of the DNC in Charlotte.

The Massachusetts senator and 2004 presidential candidate, John Kerry, seized the opportunity to skewer Mitt Romney’s foreign policy chops, calling him a “neocon” with a lack of vision:

1) “On one side of this campaign, we have a president who has made America lead like America again ... What is there on the other side? An extreme and expedient candidate, who lacks the judgment and vision so vital in the Oval Office. The most inexperienced foreign policy twosome to run for president and vice president in decades.”

2) “It isn’t fair to say that Mitt Romney doesn’t have a position on Afghanistan. He has every position …. Mr. Romney, here’s a little advice: Before you debate Barack Obama on foreign policy, you’d better finish the debate with yourself.”

3) “And after more than 10 years without justice for thousands of murdered Americans, after Mitt Romney said it would be 'naive' to go into Pakistan to pursue the terrorists, it took President Obama, against the advice of many, to give that order to finally rid this earth of Osama bin Laden. Ask Osama bin Laden if he's better off now than he was four years ago!”

Later on in the evening, Vice President Joe Biden gave the crowd a behind-closed-doors view of the president, citing his fortitude and his foresight:

5) “Ladies and gentlemen, I’m here to tell you, bravery resides in the heart of Barack Obama. And time and time again, I witnessed him summon it. This man has courage in his soul, compassion in his heart, and steel in his spine. And because of all the actions he took, because of the calls he made ... and the unparalleled bravery of our special forces — we can now proudly say — Osama bin Laden is dead, and General Motors is alive.”

When President Obama finally took the stage, he defended his robust record on foreign policy, but he took Romney to task as well, saying:

6) “My opponent and his running mate are ... new to foreign policy. But from all that we’ve seen and heard, they want to take us back to an era of blustering and blundering that cost America so dearly. After all, you don’t call Russia our number one enemy — not al Qaeda, Russia — unless you’re still stuck in a Cold War mind warp.”

7) “You might not be ready for diplomacy with Beijing if you can’t visit the Olympics without insulting our closest ally.”

More: GlobalPost's coverage of the US election and campaigns