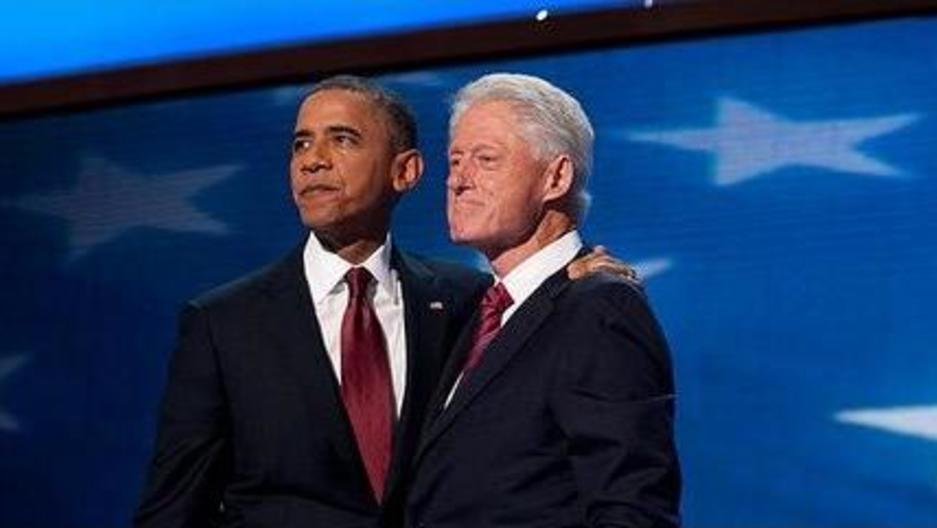 Democratic Presidents, past and present at the DNC. (Photo: Demconvention.com)

Share
President Barack Obama speaks to the Democratic National Convention Thursday night. And just as with Mitt Romney last week in Tampa, the world is watching. Few countries attract such intense international attention as does the United States when it comes to internal politics. Every rain-delay is reported and every policy flip-flop is analyzed in detail by the world's media. Take the latest shift in the Democratic platform: going back to saying Jerusalem is the capital of Israel. It's on the front pages of news sites the world over. Nathan Guttman of the Israeli Broadcasting Authority, and the Forward newspaper, says it's been "the main item of interest out of the Convention so far," for his audience back home. He says it indicates an insecure party, "a party that's concerned that President Obama's policy, or perceived policy to be more accurate, towards Israel, could cost votes." Laure Mandeville of France's Le Figaro is also in Charlotte. She commented on the reinsertion of the name of God into the Democratic platform, something she said would never happen in France: "it would be unimaginable that a scandal would pop up on this question of mentioning God." Both foreign correspondents also contrasted the diversity of the delegates and party members at the Democratic National Convention in Charlotte, as compared to the GOP Convention in Tampa last week. "It's the main difference," between the two conventions says Guttman, "at least in the eyes of this foreigner."