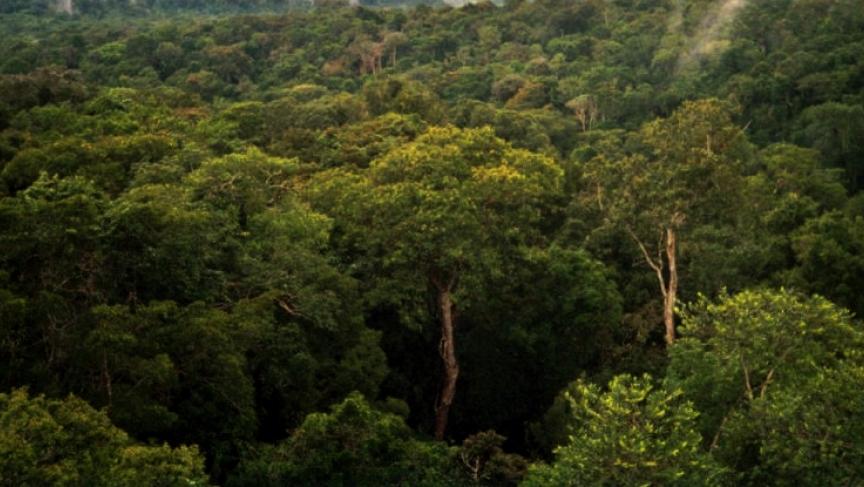 Environmentalists are worried that natura forests, like this slice of the Amazon in Brazil, will be replaced by tree farms if genetic modification of trees continue. (Photo by Phil P Harris via Wikimedia Commons.)

Preserving the world's tropical forests holds great promise for preserving our environment — but not all forests are created equal.

There are natural forests, which are home to a wide variety of trees, plants and animal life, and then there are forest plantations, where a single type of tree is grown for its commercial value.

Scientists are now experimenting with plantations, manipulating and modifying the genes of saplings that grow in these monoculture forests — and that’s a problem, says Ann Peterman, executive director of the Global Justice Ecology Project.

Scientists are focused on eucalyptus, poplars and pines, in an effort to enhance their natural traits to make them better as lumber, in the case of pine, or more suited to making paper or even biofuel.

"In the case of timber, they want straighter trees or less branches," she said. "If they could grow two-by-fours that would make them very happy. Or in the case of paper, they want to actually create trees that have less lignin. Lignin is the structure in a tree that makes it strong, that protects it against insects, disease, fungus, etc, but makes it very hard to make paper or fuel."

China is leading the way on genetically modified trees, where they're already growing commercially.

The U.S. is in the process of trying to figure out if they want them to be legal here, and Brazil is in a similar process, Peterman said.

The companies behind this research, paper companies, biofuel companies and the like, say this genetic modification is necessary to support our ever-expanding population. And do so on less land, protecting natural forests.

"As we've seen with traditional plantations that are already developed all over the world, they do not protect forests, they destroy forests," she said. "And the reason is because plantations are worth more money than natural forests."

Basically, genetically modifying trees is a driver of deforestation, she said.

And still, in Brazil and in other places, a United Nations definition allows tree plantations to be counted as forested land, minimizing any incentive to keep natural forests in place.

"It's just an incredible bad definition of forest that the UN uses that allows this to happen and that desperately needs to be changed," Peterman said. "In Brazil they call tree plantations green deserts because they're so destructive and because they are basically devoid of any other species except the monoculture of that tree."