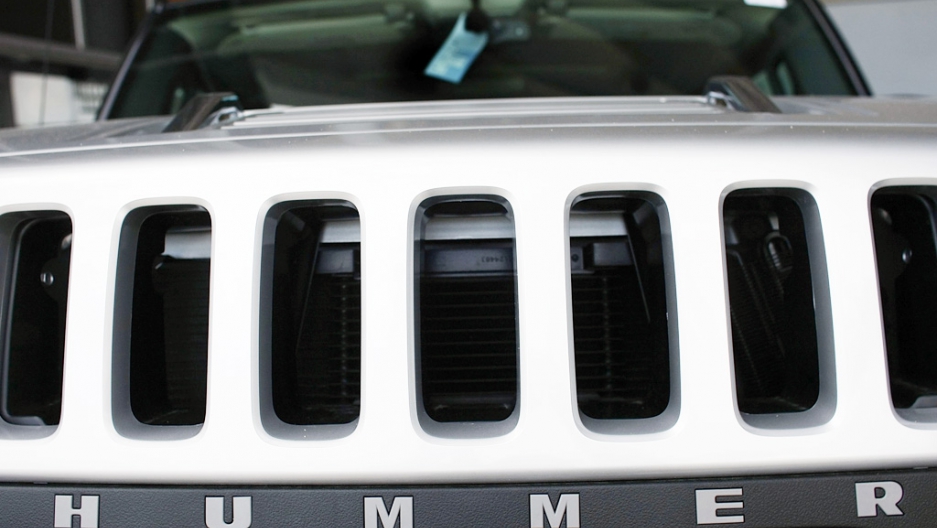 Canadian police credit a quick-thinking, selfless Hummer driver with preventing tragedy by placing himself between a distracted driver and four kids in a crosswalk.

Darrell Krushelnicki was exiting an Edmonton, Alberta mall on Friday afternoon when he noticed a car speeding toward an intersection.

The driver was talking on a cellphone, Krushelinicki said, and passing cars stopped for the children trying to cross the road.

Krushelinicki said it was obvious that the driver of a 2007 Pontiac G5 was going to hit the four pedestrians.

Instead, he drove into the road and collided with the Pontiac.

“I felt fortunate to be where I was, when I was,” said Krushelinicki, 46. “This could have been a terrible tragedy.”

Witnesses interviewed by police maintain that Krushelnicki’s actions saved the lives of all four children.

It’s illegal in the province of Alberta to use hand-held electronic devices like cellphones, GPS units, MP3 players or video games while driving.

Drivers are allowed to use hands-free mobile devices that are activated by a single touch or voice activated.