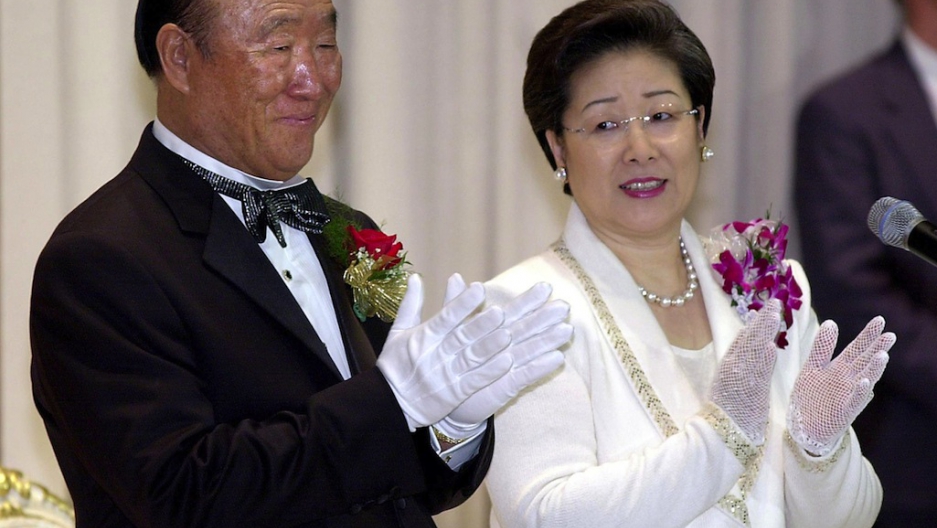 Reverend Dr. Sun Myung Moon, the leader of the Unification church, has died in South Korea from complications of pneumonia.

According to the Washington Times, a newspaper that Moon founded, he died outside Seoul just before 2 a.m. He was 92.

Moon, who called himself a "controversial person" in his 2009 biography, founded the Church in South Korea in 1954. He believed he was a messiah, asked by Jesus to carry on God's work, the Guardian reported.

However, the church, which had about 3 million members, was reportedly seen as a cult in the 1970s and 1980s, and was accused of splitting families apart and conning new initiatives to give over their life savings.

Moon was jailed six times during his life, and was once sent a North Korean labor camp, the Daily Beast reported.

He was also a businessman and fervently believed in a free press. The Washington Times reported that Moon founded newspapers, magazines, electronic media outlets and digital publications in the U.S., Japan, South Korea and many Latin American, African and European countries.

Thomas P. McDevitt, president of The Washington Times, said Sunday that “words cannot convey my heart at this time.”

“Rev. Sun Myung Moon has long loved America, and he believed in the need for a powerful free press to convey accurate information and moral values to people in a free world. The Washington Times stands as a tangible expression of those two loves,” he said.