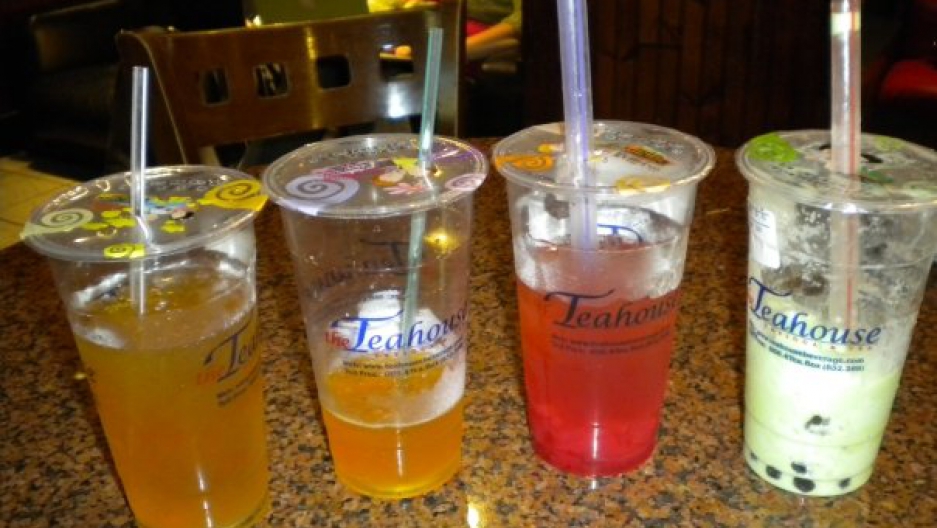 Bubble tea: it's colorful, it's cheap, and I suppose there's something extremely novel about drinking a smoothie with gummy chunks in it.

So in tragic news for sugar-addled 14-year-olds, German health authorities have come out against bubble tea, often known as "boba," says AFP, claiming the tapioca pearls the drink contains have various and sundry nasty cancer-causing carcinogens in them.

Germany's The Local - in a story beautifully headlined "Bubble Tea Contains 'all sorts of crap''' - reported that the researchers found traces of polychlorinated biphenyl in the samples tested.

What, pray tell, is polychlorinated biphenyl, or PCB?

Bad news: they're chemicals that are considered organic pollutants, says The Local.

"[What we found] includes in particular styrene, acetophenone, and brominated substances that shouldn't be in food at all," scientist Manfred Möller, of the Institute of Hygiene and Environmental Medicine at the University Hospital Aachen, told The Local.

The balls apparently come from Taiwan, meaning that it may be a while before the supplier is ferreted out and asked to explain themselves.

Read more: Is this the inventor of bubble tea? - CNNGo

It's been a bad year for bubble tea in Germany: the Federal Institute for Risk Assessment released a study in March warning that the little balls of tapioca could present a choking hazard to children, and that the bubbles could "penetrate into the respiratory tract."

The authorities suggested that all bubble tea be sold with health warnings - a development I suspect may come rather soon after this latest finding on the dangers of bubble tea.

Maybe we should collectively rediscover the smoothie. Or milkshakes. Whatever happened to milkshakes?