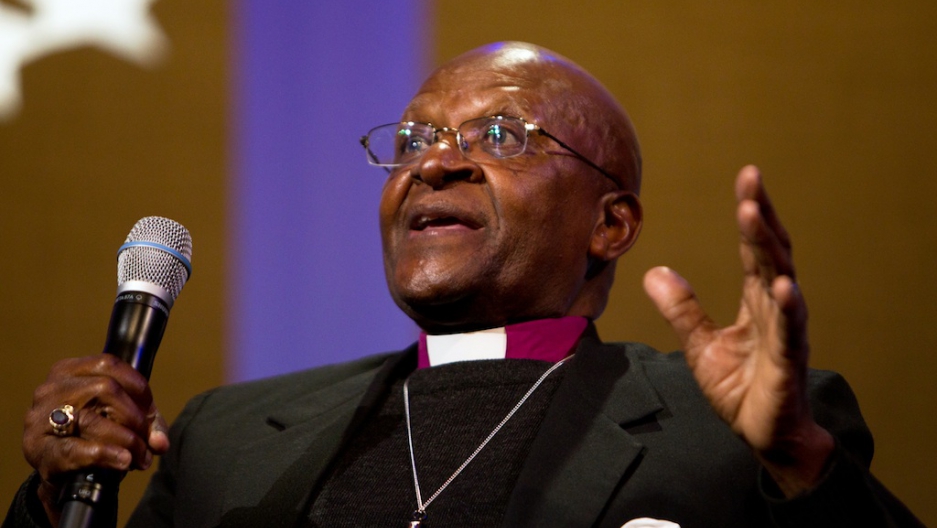 Desmond Tutu has called for Tony Blair and George W. Bush to go on trial at the International Criminal Court for their roles in the Iraq war.

In a column published Sunday in The Observer, the former archbishop and Nobel Peace Prize winner argued that the two leaders need to "answer for their actions" which led to the US invasion of Iraq in 2003.

"Leadership and morality are indivisible," wrote Tutu. "Good leaders are the custodians of morality. The question is not whether Saddam Hussein was good or bad or how many of his people he massacred. The point is that Mr Bush and Mr Blair should not have allowed themselves to stoop to his immoral level."

Tutu has been a vocal critic of the war in Iraq, which he argued has "destabilized and polarized the world to a greater extent than any other conflict in history." The former archbishop pulled out of a leadership conference in South Africa last week because former British Prime Minister Blair was going to be in attendance, the Associated Press reported.

He is not the first to demand that Bush, who ordered the invasion that deposed Hussein, and Blair face the Hague: playwright Harold Pinter, among other figures, has also called for the leaders to stand trial, the AP reported.

"The then-leaders of the US and UK fabricated the grounds to behave like playground bullies and drive us further apart," Tutu said. "They have driven us to the edge of a precipice where we now stand — with the specter of Syria and Iran before us."

Blair responded to the article in defense of his decisions Sunday, Agence France Presse reported.

"To repeat the old canard that we lied about the intelligence is completely wrong as every single independent analysis of the evidence has shown," the former prime minister said. "And to say that the fact that Saddam massacred hundreds of thousands of his citizens is irrelevant to the morality of removing him is bizarre."

"It's now almost certain that the war was illegal because it breached the UN Charter provisions which say that all member of the United Nations must refrain from the use of force against the territorial integrity or political independence of any state," Bindman said.

Though the ICC handles war crimes and crimes against humanity, it does not yet have jurisdiction to prosecute crimes of aggressing, the AP reported. The United States also is one of the nations that doesn't recognize the Hague.