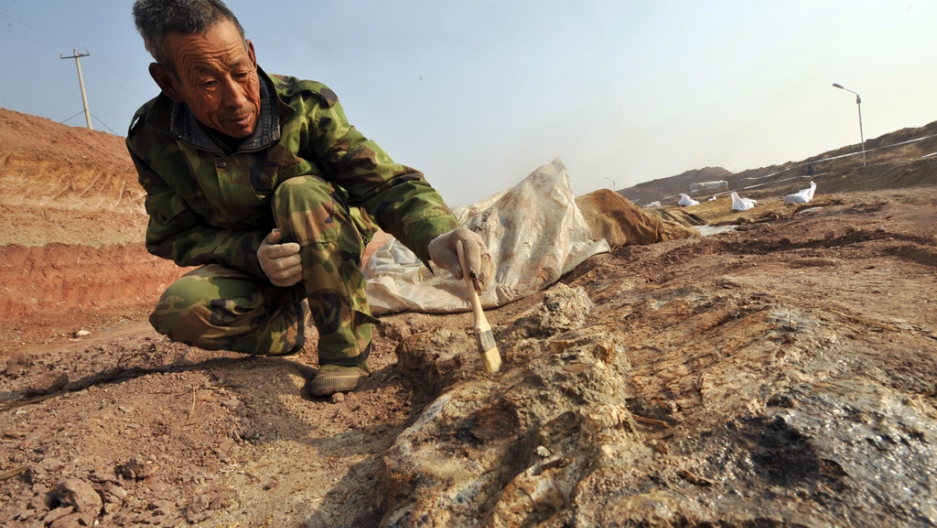 Fossils found in China show the last meals of two dinosaurs who died more than 120 million years ago.

So, what did they like to eat? A lot, according to paleontologists with the Chinese Academy of Geological Sciences in Beijing.

The team found fish, lizards, the remains of several mammals and even part of the leg of a feathered, flying dinosaur in the bellies of the two beasts, according to findings appearing in the online journal PLoS ONE.

"Stomach remains are evidence of actual interactions between animals, which is extremely rare in the fossil record," research Phil Bell, a vertabrate paleontologist at the Pipestone Creek Dinosaur Initiative in Canada, told LiveScience.

More from GlobalPost: Forget cocaine: Rhino horn is the new 'drug' of status

The carnivorous dinosaurs were specimens of Sinocalliopteryx gigas, which were 4 to 6 feet long and covered with small feathers for warmth, according to the Los Angeles Times.

One contained the partial leg of a member of the dinosaur species Sinornithosaurus, a feathered carnivore that could fly short distances.

The other contained the remains of two Confuciusornis, described by the Times as crow-sized primitive birds that could also fly short distances.