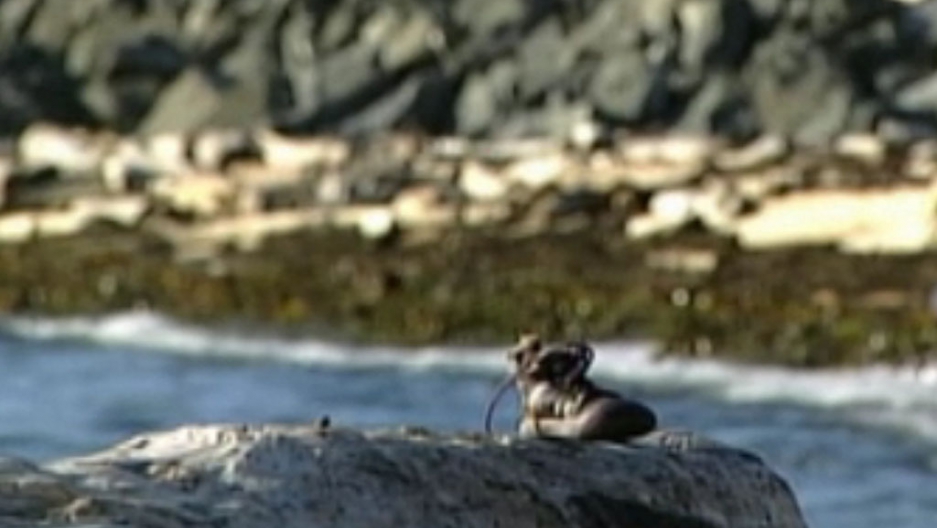 Police are investigating after three children’s shoes with bones and “meat-like” substance inside washed up on a Canadian coastline Thursday.
Credit: CBC
Share

Police are investigating after three children’s shoes with bones and “meat-like” substance inside washed up on a Canadian coastline Thursday.

A tourist found one shoe in the late afternoon and called police.

Police closed Clover Point beach on Vancouver Island in British Columbia and took names of people in the area as part of the investigation.

However, detectives can’t determine if the bones inside the shoes contain human remains or not, The Times-Colonist reported.

“They do all appear to be the size of children’s shoes, but we don’t know right now what’s inside of them and we don’t know if there’s a matching pair. Two of the three are not,” Police Const. Mike Russell told the newspaper.

There is also no evidence yet that the shoes belonging to tsunami victims from last year’s disaster in Japan.

“They (forensic experts) will seal the shoes and send them off to a pathologist for a thorough examination to see whether the remains are human or not and then we’ll have a better idea where we are going to go with this investigation,” Russell said.

These aren’t the first shoes to wash up on Canadian coastlines.

Since 2007, police have investigated 11 shoes with bones or remains inside in BC and neighboring Washington State.

Police have accounted for most of them, including some suicide victims, others with animal remains inside or props used in practical jokes, CBC said.