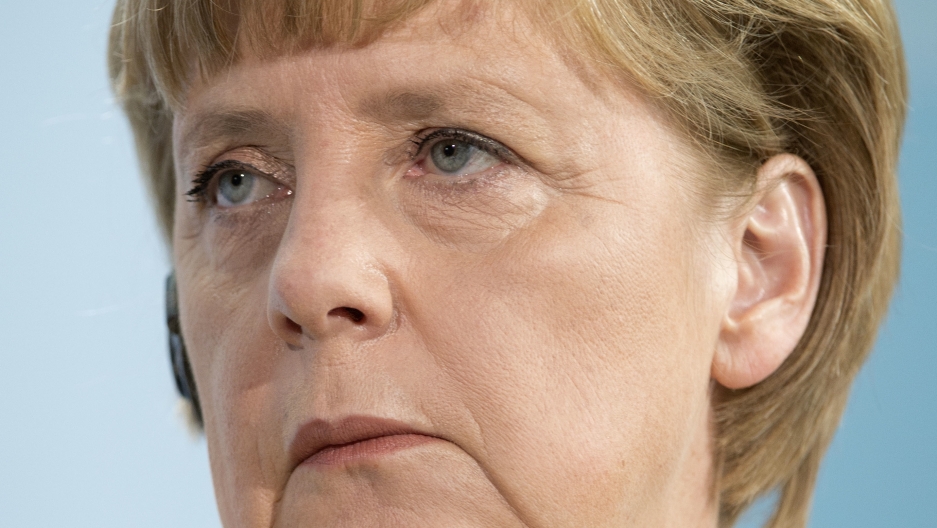 BERLIN, Germany — Nazi sympathies, tax evasion, confidence tricks: the euro crisis has brought out some of the worst in Europeans during the past two years.

Not least a flow of scathing criticism between countries — including German accusations that debt-stricken countries are lazy, and return-fire allusions to a Fourth Reich.

“I don’t see any other country in the EU where economists debate these kinds of things with such intensity as in Germany,” said Bert Van Roosebeke, an economist at the Center for European Policy in Freiburg.

The debate has to do with the country’s role in any scheme to save the euro. As international lenders make a series of crucial decisions in the coming weeks, the European Union’s richest EU state will have the greatest say.

Most Germans are against forestalling a breakup many experts predict would be catastrophic for EU economies, particularly the banking sector.

But not all experts.

“Banks must be allowed to fail,” declared a highly charged open letter published in one of Germany’s most influential dailies, the Frankfurter Allgemeine Zeitung, last month.

It was a clear shot at Chancellor Angela Merkel, drafted by an economic statistician named Walter Kramer and signed by more than 170 economists who blasted her and her European counterparts for considering closer banking integration at a summit in late June.

“Taxpayers, retirees and savers of still-stable European countries can’t be allowed to be held liable for this debt,” they argued, saying “socialization” of bad debts would help mainly large banks.

Many who believe closer banking integration is crucial for saving the euro were shocked by what they characterized as the letter’s cheap populism.

“Economists should be responsible when dealing with the concept of a banking union,” he advised.

Merkel lashed out at the economists for failing to understand the proposals, urging them to “really take a (closer) look and then talk about what was actually decided.”

The letter prompted hundreds of scholars to distance themselves from their more radical colleagues. Two rebuttals followed, both signed by prominent academics and leading financial experts.

“It can’t be the job of economists to further unsettle the public with assumptions and questionable arguments using language rife with national cliches,” said one of the responses, published in the business daily Handelsblatt.

The real point of contention is over whether Germany should fork out more money to bail out the likes of Greece, Spain, Portugal and Ireland, as it would have to do under a more unified banking authority.

Some experts, together with most of the public, believe Germany has already shouldered too much of the burden.

“Neither the euro nor the European idea will be saved by extending liability to the banks,” Kramer’s original letter said.

But although the public is generally against the measures, it doesn’t seem particularly exercised by them.

Protests and fury rage in stricken Athens and Madrid, but Germans have been largely apathetic. As Merkel rushed from one European summit to another this year, news of an organ scandal, a failed airport project and the Olympics dominated the headlines.

At a town hall-style meeting in June, Merkel was asked questions about equal pay, standardized education and job mobility — but not a single one about the crisis or Europe’s future.

Some believe that’s because Merkel hasn’t done a good job of explaining the euro’s importance to Germans, or how it’s benefitted the economy in the past decade.

Some worry the public debate will confuse or polarize the public ahead of elections next year.

Especially because Hans-Werner Sinn was among those to have signed Kramer’s letter. One of Germany’s best-known scholars, he’s long been a critic of bailing out Germany’s euro zone partners.

Sinn has repeatedly endorsed kicking Greece out of the currency, saying his calculations show it would be cheaper than allowing Greece to stay. That opinion isn't popular with Germany's finance minister.

“Milkmaids should submit milkmaid bills,” Schaeuble said in Germany’s Welt am Sonntag paper. “When you have the authority of academic titles and institutes that are subsidized with a lot of German taxpayer money, you have a special responsibility,” he chided.

That’s especially true in Germany, where professors are considered part of an elite class of academic nobility given prominence in newspapers, television and magazines.

Sinn's position on the crisis was no surprise, however, as much as the number of economists who joined his position.

“There’s a clash between the pure theoretics from textbooks and practice — what can we do, what should we do, what we shouldn’t do to save the euro zone,” Roosebeke said. “Some professors are willing to leave the theory behind and do something that’s not completely ‘clean’ and others aren’t.”

Michael Burda of Berlin’s Humboldt University, one of 15 economists who wrote a reply to Kramer’s letter, said that original call to action was too nationalistic and unrealistic.

“It was just way too politicized,” he said. “Emotions and policy judgments tend to take center stage, that’s why we had a sudden polarization of views.”

Some have enjoyed the spat as pure spectacle.

“It’s amusing and entertaining,” said ING analyst Carsten Brzeski, a native German based in based in Brussels.

But Brzeski says the row has done little to actually address the euro crisis.

“The debate’s substance is very dogmatic,” he said. “There aren’t many pragmatic economists trying to come up with a real solution.”

Burda believes the public wrangling has been overblown in the media.

“It’s been very healthy in Germany to have those issues put on the table,” he said. “What I don’t like is that a lot of it has become personal and some newspapers have tried to make a big deal out of petty differences between personalities without really getting to the meat of the issues.”

Any hope the crisis would become less contentious deflated last week, when Germany’s central bank president denounced appeals for the European Central Bank to buy bonds from ailing countries. His call came a week ahead of a much-anticipated decision on the proposal many believe could significantly ease the crisis.

Whether or not she was addressing him directly, Merkel chided officials the same day that Europe is in a “decisive phase in the battle against the euro zone debt crisis. Everyone should weigh his words very carefully.”