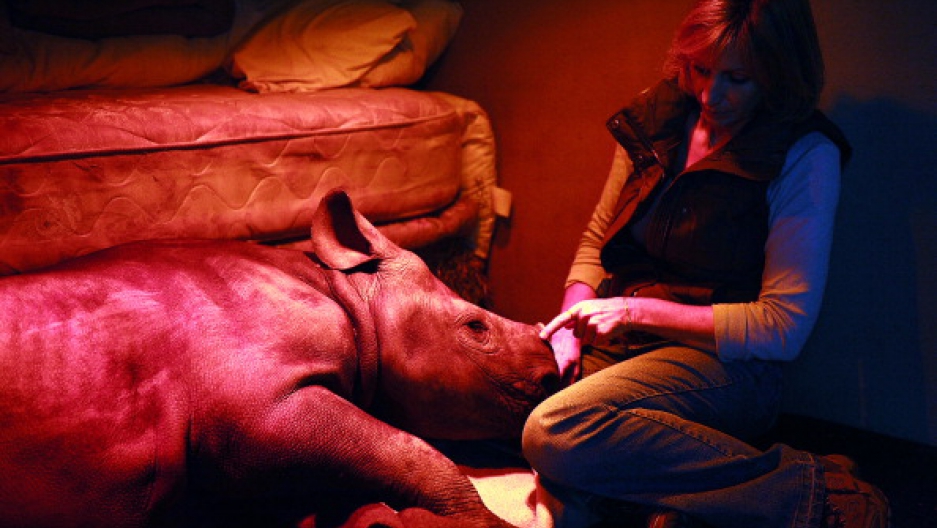 A conservationist watches over a four-month-old black baby rhino at the Entabeni Safari Conservancy in South Africa. The country has seen a huge rise in poaching as black market demand for rhino horn soars.
Credit: STEPHANE DE SAKUTIN
Share

As Erin explains, buyers believe "drinking a tonic made from the horn will detoxify the body after a night of heavy boozing, and prevent a hangover. One Vietnamese news website described rhino horn wine as 'the alcoholic drink of millionaires.'"

The source of these allegations is TRAFFIC, a high-profile organization devoted to stopping the endangered animals trade. Their recent report on the phenomenon, and all the bad press it's generating, has prompted a rebuttal from a Vietnamese official, Do Quang Tung, who is deputy director of the country's Convention on International Trade in Endangered Species of Wild Fauna and Flora authority.

The Asia News Network has his response. According to Do:

2. The rhino horn flowing into Vietnam is only in "transit" to other countries.

This premise is easier to defend. Ivory, another luxury product coveted by some wealthy Chinese, has also stoked a similar underground Africa-to-Asia trade route that pass goods en route to China through Southeast Asia (I described this in detail in my piece "Time to Ban Ivory for Good?") China is Asia's largest consumer of illegal wildlife products by a landslide.

Regardless, Do insists that "Vietnam could not be the main market for South African rhino horn. Not even close".