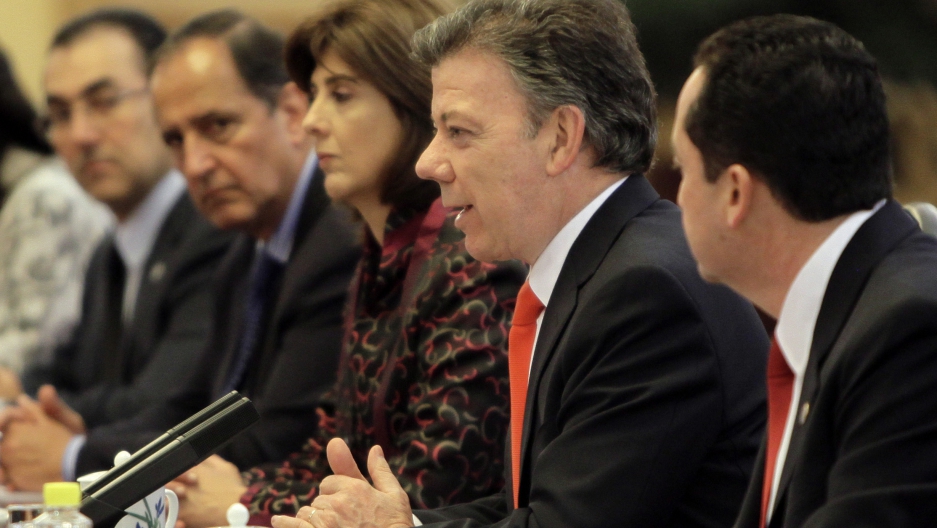 The Colombian government announced Monday it would begin peace talks with the country’s largest Marxist guerrilla organization, the Revolutionary Armed Forces of Colombia known as FARC, in an effort to end nearly half a century of fighting.

Reporting from Bogota: Colombia looks set to give peace a chance

In a televised address, Colombian President Juan Manuel Santos said: “We’re going to learn from past mistakes so as not to repeat them. The Colombian people can fully trust that the government is working prudently, responsibly and firmly, always putting the well-being and tranquility of our country’s population first.”

Who are the FARC and what could peace talks mean for the people of Colombia? We sat down with our Americas Editor Alex Leff to find out.