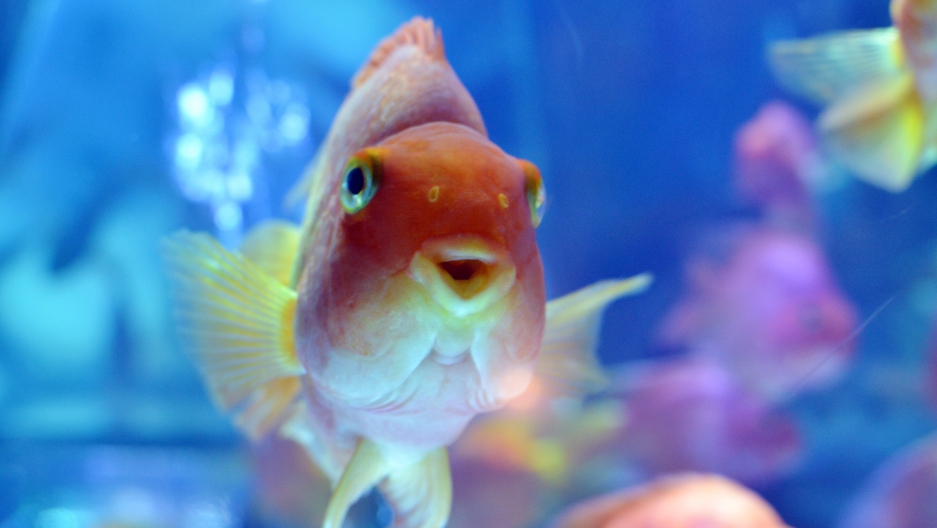 Researchers say that increasing levels of caffeine in the ocean has made fish more stressed.
Credit: Yoshikazu Tsuno
Share

Researchers at Portland State University said that the stimulant is getting into the ocean through sewage.

“Coffee, energy drinks and pharmaceuticals. If it goes through you. It ends up in sewage,” Elise Granek, a marine ecologist at the university told CBC News.

For the study, researchers sampled water from 14 locations around Oregon - where coffee consumption is some of the highest per capita in the US.

Surprisingly, the high levels of caffeine were not found near water treatment plants and areas with large populations, said International Science Times.

That said, the researchers found high levels in areas with septic tanks or where sewage was pumped directly into the water.

More from GlobalPost: Eggs found to be as dangerous for the heart as smoking, new study suggests

Caffeine affects animals the same way it affects humans and could even harm their ability to reproduce, and, as inHabit reported, high levels of the stimulant likely mean other, nastier substances are in the water too.

"Caffeine is pretty darn ubiquitous, and there is growing evidence that this and other understudied contaminants are out there," Dana Kolpin, of the US Geological Survey's Toxic Substances Hydrology Program told National Geographic.

"There is a whole universe of potential contaminants including pharmaceuticals, hormones, personal-care products like detergents or fragrances, even artificial sweeteners."

Even the normally lethargic bottom-feeders are affected.

"We found that the mussels were ramped up with what we call ‘the stress response," Granek told CBC News.

Next time you reach for that Red Bull, remember that you're drinking for two.