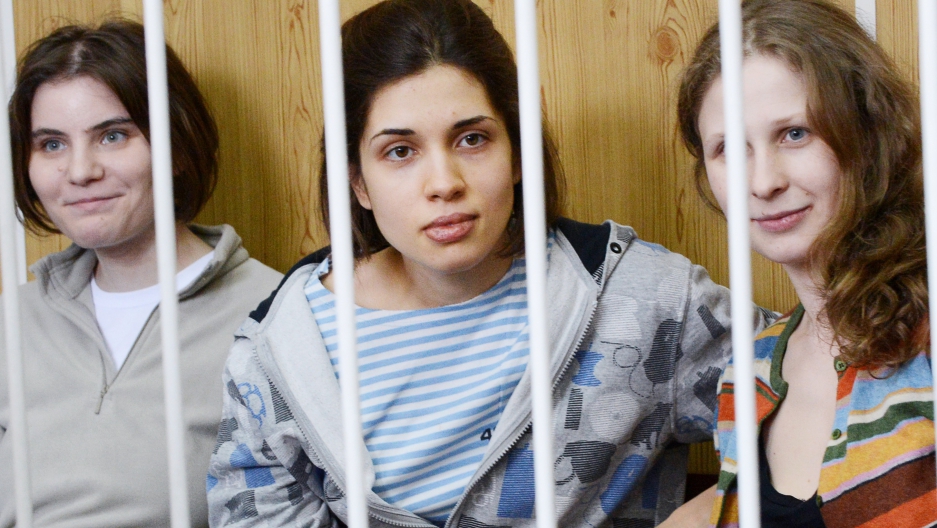 Taisiya Osipova, a Russian opposition activist convicted of drug possession, has been sentenced to eight years in prison — double the time requested by the prosecution.

Osipova and her supporters have claimed that the case was politically motivated and that police planted the four grams of heroin they found in her home in 2010. Osipova had refused to testify against her husband, Sergei Fomchenkov, a high-ranking member of opposition movement The Other Russia.

Initially, Osipova was sentenced to 10 years in prison, but former President Dmitry Medvedev said the sentence was "too harsh" and ordered a review.

Osipova has been a particularly sympathetic figure as she has a young daughter and suffers from diabetes, which the BBC reported caused health problems for the mother in prison.

At the retrial, Osipova maintained her innocence. A witness, who passed a lie detector test, testified that he saw a police officer put the drugs in Osipova's apartment, BBC reported.

Sergei Udaltsov, leader of the Left Front and a supporter of Osipova, told Interfax that the sentence was "horrible and unfair."

"The prosecutor had asked for four years in prison, and the court gave her eight. And that's on a fully fabricated case," he said.

Eduard Limonov, the leader of The Other Russia party, agreed. "This verdict is not only a political one, it's also terrifying revenge," he told Interfax.

The Associated Press reported that Osipova's case, the latest in a series of events that highlight Russia's harsh stance against its opposition, is being viewed as an "ominous sign ahead of the trial of 11 people who were arrested on suspicion of taking part in clashes with the police at a protest rally in May this year."

Osipova's harsh sentencing follows other crackdowns on Russian opposition figures. According to the Moscow Times, investigators recently raided a business belonging to the parents of Alexei Navalny, a prominent opposition figure currently embroiled in a corruption case that he also claims is politically motivated.

Two weeks ago, Russian punk band Pussy Riot was given a similarly controversial sentencing of two years in prison for an anti-Putin performance in a Moscow cathedral. Activists and musicians around the world condemned Russia's decision to jail the band members for hooliganism.

Over the weekend, a group of radical activists chopped down four Orthodox crosses as part of wider protests agains the Russian Orthodox Church, the Moscow Times reported. The group, which calls itself "Unknown," cited the church's role in the prosecution of "the defenseless girls from Pussy Riot" as motivation for the vandalism, a crime that carries a sentence of up to three years in prison.

Last month, Russian President Vladmir Putin signed a law that toughened punishment for defamation, making it more difficult for protesters to hold demonstrations. According to Reuters, he publicly stated that while people have the right to protest, if demonstrators violated the law, authorities would act quickly.