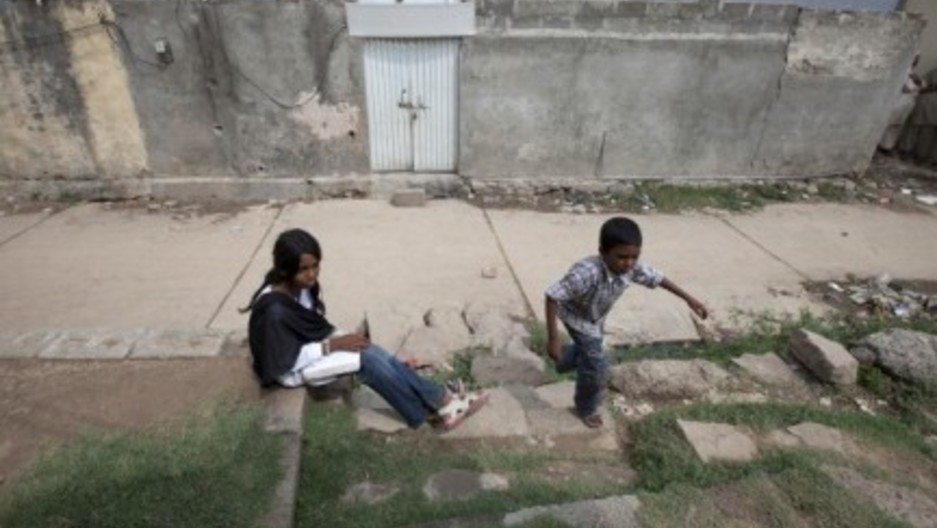 Children sit in front of the locked family house of Rimsha Masih, a Pakistani Christian girl accused of blasphemy, on the outskirts of Islamabad August 23, 2012. Masih, detained on accusations of defaming Islam, was too frightened to speak in a prison where she is being held in solitary confinement for her safety, an activist who said he visited her said on Thursday. REUTERS/Faisal Mahmood (PAKISTAN - Tags: RELIGION SOCIETY POLITICS)

Share
In Pakistan, blasphemy laws are notoriously severe. In Islamabad, a young Christian girl, named Rimsha, was accused of carrying around burned pages from an Islamic children's textbook by a neighbor. The neighbor told a local Muslim cleric, and the girl ended up in jail. She has been locked in a high-security facility outside Rawalpindi for almost two weeks. Her family says she is only 11 years old and has Down Syndrome. Pakistani authorities, which had her examined, say she is 14 and agree she suffers from some mental disability. Tuesday, her lawyers are asking for her release. Declan Walsh, The New York Times' Pakistan bureau chief in Islamabad, tells anchor Marco Werman that the accusation has inflamed religions tensions in the country, and stirred up anger against the girl, her family and their Christian neighborhood.