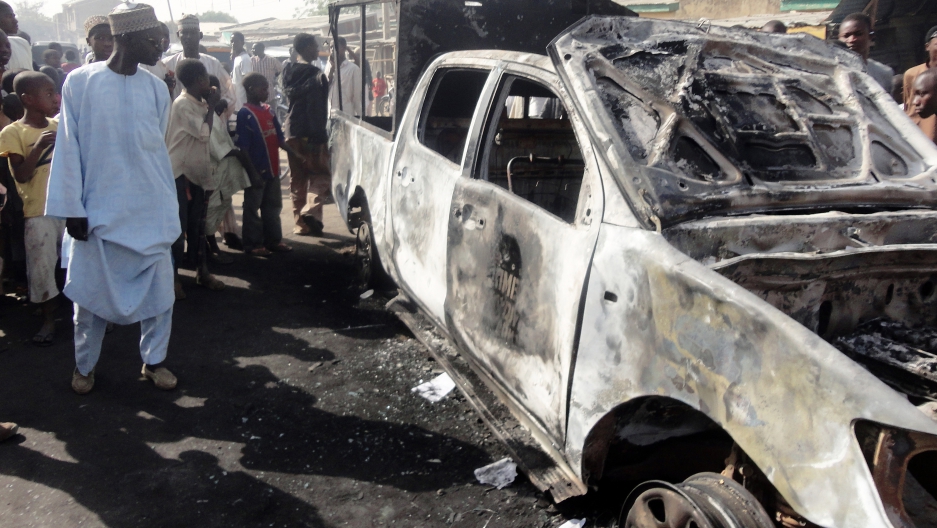 A resident inspects a police van in Kano, Nigeria, on Jan. 25, 2012. The van was burnt in an attack on a police station the previous night by about 30 members of Boko Haram, wounding a policeman and killing one woman, according to residents.
Credit: Aminu Abubakar
Share

After a principal Boko Haram faction rejected peace talks with the Nigerian government last week, the BBC reports informal talks through "backroom channels" have begun between peripheral members of both parties.

Reuben Abati, an official spokesperson for the Nigerian president, qualified the level of communication:

“When government says it is already talking to Boko Haram, the form of that dialogue must be properly understood. I think a lot of people are under the impression that the dialogue involves a situation whereby government officials are sitting on one side, Boko Haram persons are sitting on the other side in an air-conditioned room and there are negotiations across the table. That is not the form of the dialogue.

"The form of the dialogue is that backroom channels are being used to reach across with the sole objective of understanding what exactly the grievances of these persons are, what exactly can be done to resolve the crises."

The name Boko Haram means Western education is forbidden. The group's stated goal is to enforce sharia law and inaugurate an Islamic state in Nigeria, a religiously diverse country.

Their attacks began in 2009, according to the Daily Times, who quoted Abu Qaqa, allegedly a Boko Haram spokesperson:

“We are telling the government to understand that if it is not ready to embrace sharia (Islamic law) and the Koran as the guiding book from which the laws of the land derive, there shall be no peace.”