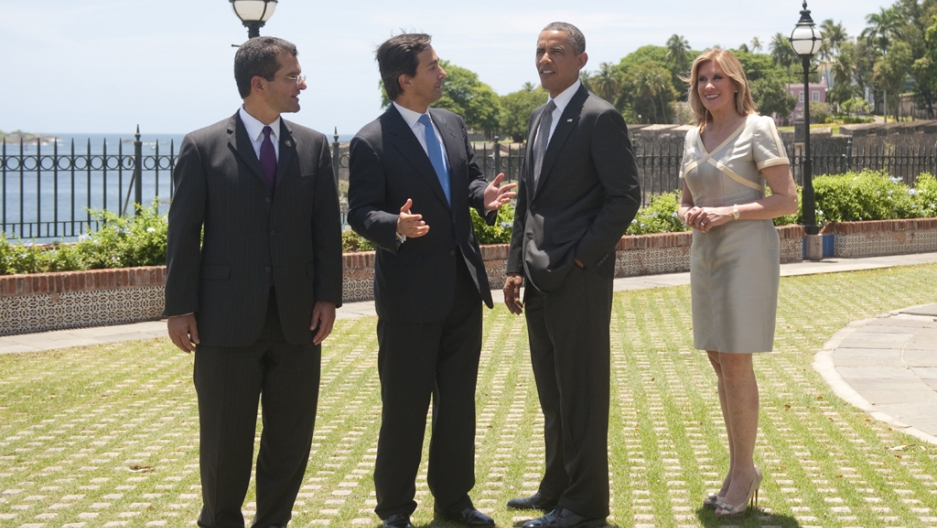 Mitt Romney needs more women and Hispanics to vote for him. Puerto Rican first lady Luce Vela may be his ticket.

Vela, a Puerto Rican native who attended college in Maryland, is slated to introduce Romney's wife, Ann, at the Republican National Convention on Tuesday night.

Ann Romney's speech was moved from Monday night due to Tropical Storm Isaac and will now be broadcast on prime-time TV by all four major networks.

The high-profile post is a prime opportunity for Vela to introduce herself to Republicans — especially women and Hispanics — nationwide.

More from GlobalPost: Sher Valenzuela's 'We Built It' line goes off message (VIDEO)

Born in San Juan, Puerto Rico, in 1961, Vela studied at the Puerto Rican Girls College before traveling to the US mainland to obtain a bachelor's degree from Groucher College in Maryland.

She obtained a law degree from the Interamerican University of Puerto Rico in 1986 and currently runs a private practice in real estate and notorial law.

A mother of triplets, Vela married her husband, Luis Fortuno, in 1984 and became first lady when he was elected governor of Puerto Rico in 2009.

Editor's note: This story has been updated to correct a previous error.