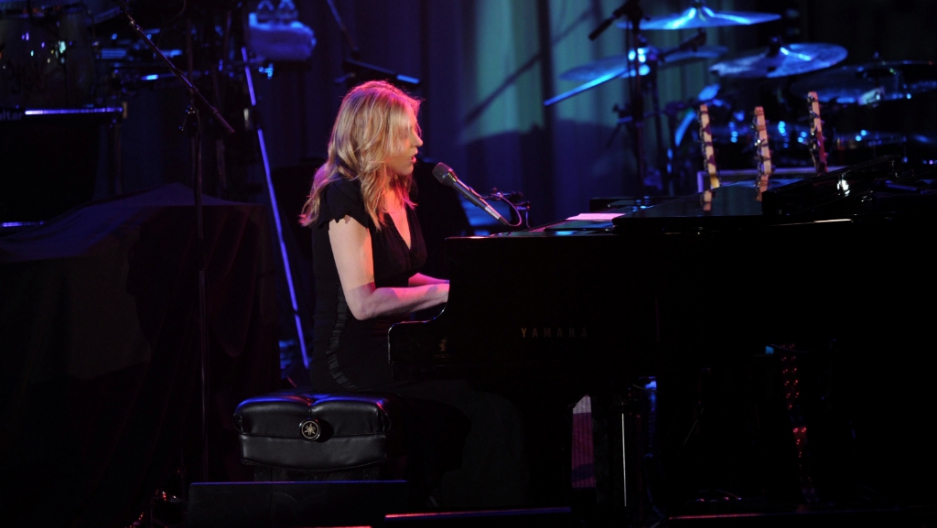 The jazz singer's performance of "Fly Me To The Moon" at Los Angeles' Hollywood Bowl Saturday night in honor of Neil Armstrong has impressed, with the Associated Press saying she really "knows how to pay tribute."

The legendary US astronaut, the first man to set foot on the moon, passed away on Saturday at the age of 82.

Armstrong, who was a pretty reserved dude, once had a glass of wine with Krall, the singer revealed, according to AP.

He must have dug her music.

But he probably didn't want to hear the old Sinatra tune for the millionth time, Krall said, a half-serious remark AP said was made as she stood "gazing toward the night sky."

All that was missing was a wink and she'd have followed the statement put out by the Armstrong family to the letter: "Honor his example of service, accomplishment and modesty, and the next time you walk outside on a clear night and see the moon smiling down at you, think of Neil Armstrong and give him a wink," they said.

Well, wink or no wink, Krall's was truly a tribute in tempo with the times.