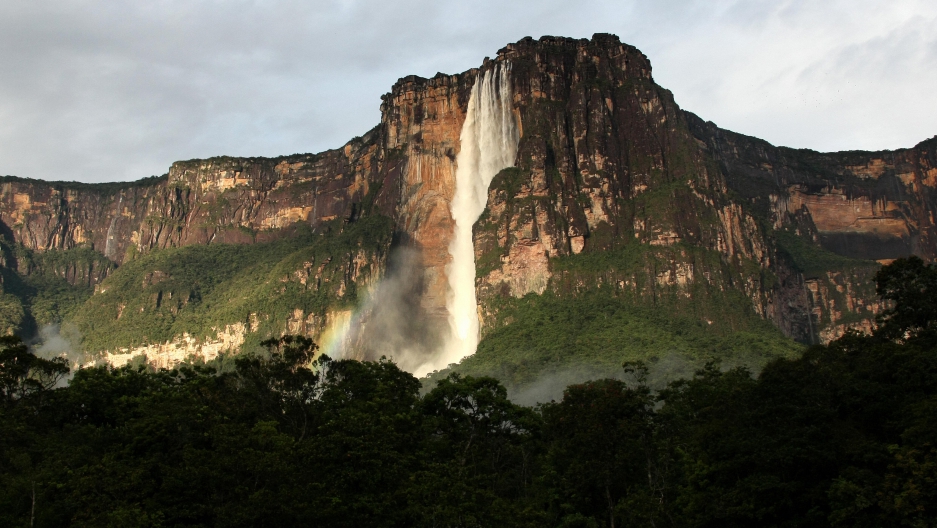 A new study says that the world's tropical belt is expanding due to pollutants.
Credit: Thomas Coex
Share

An Australian man who's lived alone on a remote island since 1993 could face a court eviction from the land he holds a 43-year lease on, reported the Telegraph, in a curious twist in the tale of Australia's "Robinson Crusoe."

The court ruled that Glasheen failed to build a resort valued at $280,000, as per the terms of the lease agreement, according to the Telegraph.

He now faces eviction unless, according to Glasheen's website (more on that later), he finds a business partner able to buy out the majority shareholder of the company that currently holds the lease. Great opportunity for anyone reading this, tell your friends.

David Glasheen and his dog, Quasi, make their home on remote Restoration island, off the coast of northeastern Australia. Designated as a national park by the state of Queensland.

The island got its name when Captain William Bligh, survivor of the Mutiny on the Bounty, landed there with his crew still loyal to him - on the day that was the anniversary of King Charles the Second's restoration.

Glasheen has Internet access due to a solar-power setup, and keeps a blog appropriately titled Restoration Island, where he writes about his simple day-to-day life in tropical paradise. Though not always so simple - Russell Crowe and his wife visited in 2003 on their yacht.

Why did Glasheen retreat to a tropical, remote island? According to his website, he lost the majority of his money in the 1987 stock market crash - and decided that he'd rather drop out, leasing some land on Restoration Island.

Read More: A Voyage to the South Sea, by William Bligh

He most recently made the news when he attempted to find a girlfriend online, with no success to date. (Shame—what lady wouldn't want to act-out "Castaway" in real life?) He famously told a reporter, via the Telegraph: "It gets lonely out here.... My only hope is for a mermaid to turn up on the beach."

Glasheen also occasionally accepts visits from WWoofers, or "Willing Workers on Organic Farms," when he needs to go out of town. A photo of Dave's island abode is on the Cape York blog website.