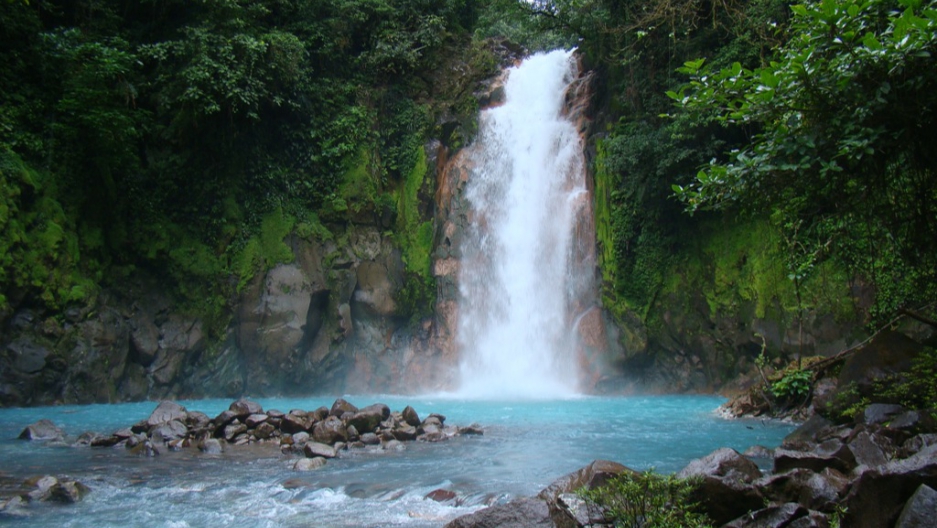 Maria Pantazopoulos was dragged under the water by the weight of her wedding dress.
Credit: ANA FERNANDEZ
Share

Dressed in her wedding gown, new bride, Maria Pantazopoulos, plunged 60 feet to her death while posing for photographs on top of a waterfall in Canada.

The Montreal Gazette reported the 30-year-old was standing on a rock when she slipped and lost her balance, falling into Dorwin Falls, north of Montreal, at 2.30pm yesterday.

She had been married on June 9 but wanted a second photo shoot dressed in her beautiful gown, he said.

According to the Daily Mail, the photo shoot was part of an increasing trend dubbed 'Trash the Dress' where brides playfully destroy their wedding dress after the wedding.

A distraught Pagakis told CTV Montreal how Pantazopoulos said to him: "Take some pictures of me while I swim a little bit in the lake."

According to CTV News, the woman had only dipped her feet in the Ouareau River during the photo shoot, but her wedding dress became soaked with water, dragging her down.

She then slipped and the photographer and a witness tried to save her but the dress was too heavy and she was carried away by the current, they said.

He said the woman, who had been married in June, wanted some extra photos taken for her wedding album.

He said it was her idea to shoot some photos in the water.

The photographer and his assistant were taken to hospital suffering shock.

The woman's body was found by a rescue team of divers several hours later, the newspaper reported.

“The people who fall at that spot usually perish. It doesn't give you a chance, " said Sergeant Ronald McInnis from Sureté Québec.

USA Today reported the groom was not at the photo shoot at the time of the incident, explained McInnis, adding that the two witnesses who saw the woman fall were extremely distressed.

McInnes said that the forested waterfalls are about 60 feet tall at their highest point and that the current "is very violent, it's very rocky."